From August 3-5, Sunrise Ranch hosted the 6th annualArise Music and Camping Festival. About 10,000 people from Colorado and other parts of the United States gathered for a weekend of diverse music and other intriguing programming 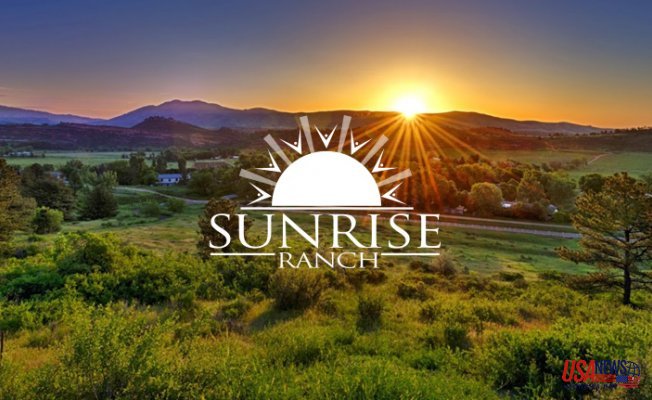 From August 3-5, Sunrise Ranch hosted the 6th annualArise Music and Camping Festival. About 10,000 people from Colorado and other parts of the United States gathered for a weekend of diverse music and other intriguing programming.

303 Magazine comments on the festival this way:

ARISE should be a weeklong—three days is not nearly enough time to see all of the spectacular things, experience all of the life-changing talks and dance to the wide array of musicians at the festival. ARISE is more than just a music festival—it’s also a gathering of conscious minds seeking light, laughter and unity.

While the festival features live music, there is also yoga, workshops, theme camps, art galleries andinstallations, and a children’s village. In the Sunrise Ranch 400-seat geodesic dome auditorium there were speakers and films. There were panels and presentations on regenerative culture and the human destiny on Planet Earth.

Paul Bassis said this about the children at the festival:

Children have an energy that brings a joyfulness to this gathering. And this festival experience for kids is not like something they get to experience in their neighborhood, or the mall, or a county fair. It's something they really look forward to.

This year, Arise featured a workshop, a film and a presentation from futurist Barbara Marx Hubbard. The Sunrise Ranch community presented a multimedia presentation entitled Regeneration Earth. Ahva Lenay, who leads ecstatic dance weekly at Rhythm Sanctuary in Denver, organized the programs in the Wisdom Village. Festival-goers enjoyed Phil Little Thunder, who offered a workshop based upon Native American spirituality. Ahva and David Karchere, spiritual director of Sunrise Ranch, offered a workshop on Heart-Connected Connections.There was a Red Tent for women and a Men’s Lodge.

Listening to the music and participating in all the other programming, suburbanites and city-dwellersrenew their souls on the pastures of Sunrise Ranch in Eden Valley. Granite and boulders on the west side of the valley and the red sandstone rimrock on the east side surround them.

David Karchere said this about the 6th annual running of the festival:

The original dream that Paul (Bassis), Tierro (Lee) and I held for the festival is coming true. People feel elated and renewed. They receive new information about regenerative culture and new hope for their lives. There really is spiritual generation going on.

The joint agreement for producing the Arise Music Festival begins with these words:

The mission of the Festival is to bring spiritual regeneration and understanding of Universal Being, to be a vehicle for building and strengthening community, and being a teaching and demonstration site for ecological thrive-ability, permaculture, farm-to-table locally sourced food, natural building, recycling and composting to the world through lectures, interactive workshops, family friendly children’s village, provocative documentary films, music, art and yoga, and through exposure to the Sunrise Ranch spiritual community of Emissaries of Divine Light.

This mission echoes the mission of Emissaries of Divine Light, the spiritual network that owns and operates Sunrise Ranch: The spiritual regeneration of humankind under the inspiration of the spirit of God.

The Arise Music Festivalis only one large public event that Sunrise Ranch hosts to fulfill their core mission of spiritual regeneration. From July 5-7, it co-produced the Tribalize Summit III, a conference on regenerative community. In past years it has hosted a festival celebrating female spirituality and culture, Sister Winds, and an Emerging Tech Conference that featured the potential of web-based technology to create regenerative culture and further the spiritual evolution of humankind.

David Karchere said this about the motivation behind these initiatives:

The trends we are witnessing in the world today show a crying need for a spirituality that is relevant to the problems we are facing—relevant to the loss of faith in our political systems and our religious institutions, the ever-increasing concentration of wealth by a few, hunger, climate change and so much more. With people from many walks of life, we are seeking to share the foundational principles that bring spiritual regeneration at a personal level and show how they apply culturally.

We are highlighting and promoting the expression of culture that is truly regenerative. And we are seeking to give people a vivid experience of those principles at work.

The Arise Festival plants a tree with every ticket sold. It is a leave-no-trace event.