Galleries Videos CONTACT ADVERTISE
Famagusta 13°
few clouds
BUSINESS EDUCATION ENTERTAINMENT HEALTH POLITICS SCIENCE SPORTS TECHNOLOGY
10:58 Kratom Tea: How Is It?
11:46 Office Furniture Products for you!
12:17 Top Clubs, Their Value, Revenue And Current Standings
11:14 Reasons Why Rewarding Yourself is a Good Practice
10:56 What Egypt Has to Offer for US Travelers
12:48 How to Maximize Compensation in Your Personal Injury Case
12:28 How To Use a CBD Vape Pen for Anxiety
05:28 Second-Hand Vaping Is Harmless
05:15 Guide to Vaping and CBD Flower for Beginners
14:55 COVID-19 Recovered Ronaldo and Zlatan outshining everyone in Serie A
BIST
1325
GOLD
462.397
USD
7.8681
GPB
10.5074
EUR
9.5144
Breaking News
Tips & Trick To Buying Jewelry Items Without Spending Much
Close

Why Did Nick Viall Eliminate Rachel L. From ‘The Bachelor’? Future ‘Bachelorette’ Sounds Off Ahead Of Episode 9

Rachel L. is still in the running for Nick Viall’s heart on Season 21 of “The Bachelor,” but viewers learned on Feb. 13 that she won’t be the winner. As shocked as fans of the ABC series were, no one was more in disbelief than the Dallas native herself.The... 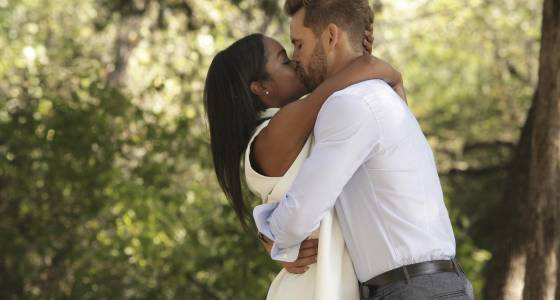 Rachel L. is still in the running for Nick Viall’s heart on Season 21 of “The Bachelor,” but viewers learned on Feb. 13 that she won’t be the winner. As shocked as fans of the ABC series were, no one was more in disbelief than the Dallas native herself.

The Season 13 “Bachelorette” is slated to appear on “The Ellen DeGeneres Show” on Friday to discuss her split from Nick Viall. In previews for the show, Rachel L. tells host Ellen DeGeneres she was sure the outcome would be different. She maintains that she’s moved on since the show ended, however. After leaving “The Bachelor” mansion Rachel L. headed back to Dallas where she dove back into her work and prepared to start her own journey toward finding love.

“I really had a connection with Nick, and I was shocked,” she said (via Us Weekly). “I was sort of skeptical that it would happen that fast but it did. And it didn’t work out, I guess he was looking for something else. His loss.”

Although Rachel L. didn’t go on to win Nick’s heart on “The Bachelor,” she made it quite far in the competition. Going into Season 21, episode 9 of the series — the fantasy suite week episode — the lawyer is still in the competition. When viewers last saw her, Nick paid a visit to Rachel L.’s hometown to meet her family and field difficult questions about their relationship, the role race plays in it and his intentions with her. The date seemed to solidify Rachel L. and Nick’s connection, suggesting that she would be chosen to accompany Nick and two other women — reported by Reality Steve to be Raven Gates and Vanessa Grimaldi — to Finland.

While it’s not clear which three of four “Bachelor” finalists will join Nick on his final journey in Season 21, episode 9 is sure to be an interesting episode. Previews for the installment, obtained by Us, show Nick stressing about fantasy suite dates. During the flight from New York City to Finland, he shares with the camera that he’s been revisiting past heartbreaks and fears “The Bachelor” will end the same way for him.

“I’m worried — most of my memories in this world end with me getting my heart broken. And so I think the obvious question for me is, what’s different for me now than before, knowing how strongly I felt about Andi [Dorfman] and Kaitlyn [Bristow]. Maybe there’s nothing different,” he tells the camera.

Tune in to ABC Monday at 8 p.m. EST for more “The Bachelor” drama.

Rachel L. gets candid about her shocking break up with “Bachelor” star Nick Viall. Photo: ABC