Jordan Horowitz handled Sunday night's Oscar flub with grace. Five decades ago, Sammy Davis Jr. handled his wrong-envelope incident with humor.On Sunday night, Horowitz, one of the producers of "La La Land," tried to explain to Hollywood and the... 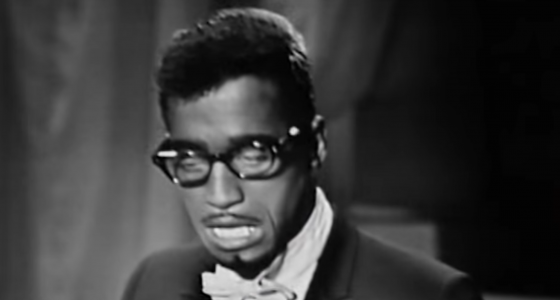 On Sunday night, Horowitz, one of the producers of "La La Land," tried to explain to Hollywood and the rest of the world that his film did not, in fact, win the Oscar for best picture.

The image of him holding up the envelope that declared "Moonlight" the winner will forever be ensconced in Oscars lore.

Even as he was congratulating the cast of "Moonlight," five words were already reverberating around the world: worst Oscars mix-up in history.

Worst, probably, but not the first.

At an Oscar ceremony 53 years ago, actor, Rat Pack member and closet vibraphonist Davis was presenting two awards in one go: scoring of music (adaptation or treatment) and music score (substantially original).

Clad in a black tuxedo and white tie, he led off with impersonations that drew a smattering of laughs and then listed the nominees.

But, much like Warren Beatty on Sunday night, Davis had been handed the wrong envelope.

The winner he announced wasn't on the list of nominees he'd just read - and those in the crowd knew it.

Their applause quickly died down as Davis hustled to the lectern, churning out jokes to cover up the mistake.

"They gave me the wrong envelope," he told the crowd. "Wait 'til the NAACP hears about this."

An Oscar official switched envelopes for Davis, who slid on a pair of reading glasses.

"I ain't going to make no mistake this time, baby," he said.

On Sunday, it was Horowitz in the unwelcome, off-balance role of trying to make up for someone else's mistake.

"This is not a joke," he said, motioning to the "Moonlight" crew. "Come up here."

Barefoot and breathless at the Vanity Fair Oscar bash