Galleries Videos CONTACT ADVERTISE
Famagusta 25°
clear sky
BUSINESS EDUCATION ENTERTAINMENT HEALTH POLITICS SCIENCE SPORTS TECHNOLOGY
12:08 Guide To Online Sports Betting: How To Choose A Sportsbook
08:28 What Are Some Reasons to Consult a Brain Injury Lawyer?
09:24 Blockchain Solutions for Enterprises: How To Increase Efficiency And Profitability
07:06 How To Deal With A Car Crash In New York
17:43 Tips to keep in mind while choosing the casino site
11:34 Relation Between Employee Theft and Pre-employment Screening Check
04:37 Search your own desired site to play sports for betting
18:00 Top 3 Career Path Options for Business Analysts Preview
15:35 The history of Imen Jane, who is the influencer and the charges on the...
18:48 Sebastian Vettel's Greatest Races
BIST
1124
GOLD
459.669
USD
7.6460
GPB
9.7883
EUR
8.8844
Breaking News
Top 3 Career Path Options for Business Analysts Preview
Close

It’s time to refresh your Netflix queue! There will be some great titles added to the streaming service in March. Between cult ‘90s movies and new Netflix original shows, users will be able to keep themselves entertained while they wait for spring. These... 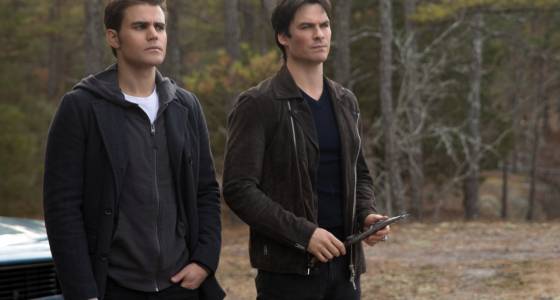 It’s time to refresh your Netflix queue! There will be some great titles added to the streaming service in March. Between cult ‘90s movies and new Netflix original shows, users will be able to keep themselves entertained while they wait for spring. These are our top picks from the titles being added to Netflix this month:

“Jurassic Park” — March 1 — It’s a theme park that clones dinosaurs! Nothing can go wrong… except just about everything. Watch the beginning of the beloved franchise.

“The Craft” — March 1 — This 1996 thriller shows a group of teenagers learning the art of witchcraft. Their powers seem limitless, but that causes trouble. When the two most powerful witches disagree about how to use their power, a massive battle ensues.

“Love” Season 2 — March 10 — The Netflix comedy focuses on a nerdy aspiring screenwriter and a too-cool-for-school radio station employee. The opposites fell for each other last season, and they’ll try to handle a committed relationship in Season 2.

“Million Dollar Baby” — March 13 — The Oscar winning flick follows Maggie (Hilary Swank), a Missouri waitress who decides to be a boxer. To her trainer’s (Clint Eastwood) surprise, she finds success, but an injury changes everything.

“Disney’s Pete’s Dragon” — March 14 — If you have kids, this is sure to keep them entertained. After tragedy strikes in this animated film, Pete befriends a dragon, Elliot. Once others discover their friendship, however, they are afraid of what Elliot could be capable of.

“Marvel’s Iron Fist” Season 1 — March 17 — The final Defender arrives. Danny Rand (Finn Jones) was assumed to have died as a child with his parents, but he has actually been training with monks for years to harness the power of the Iron Fist. Now he’s back in New York to stop corruption. He’ll join Daredevil, Jessica Jones and Luke Cage in “The Defenders” later this year.

“Julie’s Greenroom” Season 1 — March 17 — Julie Andrews is on TV! The “Sound of Music” star hasn’t had an onscreen gig in 7 years, but she’s making up for her absence with a whole season of appearances on her educational show aimed at pre-school children. Expect celebrity guests like Chris Colfer, Sara Bareilles, Alec Baldwin and Idina Menzel.

“The Vampire Diaries” Season 8 — March 18 — The final season will be available just a week after the series finale airs on The CW. The eighth season kicks off with Damon (Ian Somerhalder) possessed by a siren, and all of the events of the 16 episodes are leading up to Nina Dobrev’s return as Elena.

See all the new tiles headed to Netflix in March HERE.

Stefan and Damon's final fight will be available to stream when “The Vampire Diaries” Season 8 hits Netflix in March 2017. Photo: CW