What to watch this weekend: Academy Awards, Amazon's 'Patriot'

Night with the stars: the 89th Academy Awards7 Months Ago6 Months Ago7 Months AgoLa La Land may lead the pack with a record-tying 14 nominations, but Barry Jenkins' Moonlight and Denis Villeneuve's Arrival are close on the romantic musical's heels. Manchester... 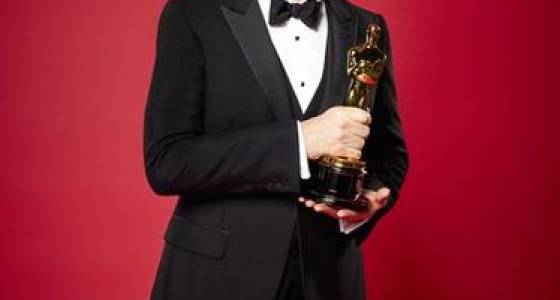 Night with the stars: the 89th Academy Awards

La La Land may lead the pack with a record-tying 14 nominations, but Barry Jenkins' Moonlight and Denis Villeneuve's Arrival are close on the romantic musical's heels. Manchester by the Sea, Lion and Mel Gibson's Hacksaw Ridge come in third with six nominations each. Yes, that Mel Gibson. If you're not interested in watching the Academy Awards for the fashion or awarding of the most stellar movies of the year, at least tune in for the show-stopping speeches. You never know if Gibson will go nuts or that "overrated" Meryl Streep (who just nabbed her 20th nomination for Florence Foster Jenkins) will use the golden stage to make another powerful statement. Red carpet starts at 7 p.m. with Jimmy Kimmel hosting at 8:30 p.m. Sunday, ABC.

Resistance and persistence: When We Rise

The eight-hour miniseries from Milk writer Dustin Lance Black chronicles the rise of the LGBTQ rights movement through the personal and political struggles of those who lived it. When We Rise starts with people who helped pioneer the movement from its beginnings in the 1970s. A teenage Cleve Jones (Austin P. McKenzie) escapes his repressive life in Arizona in hopes of joining the peace movement in California. Ken Jones (Jonathan Majors) is an African-American sailor in the Navy who leaves Vietnam to help spearhead a military desegregation program. And Roma Guy (Emily Skeggs) is a dedicated member of the women's rights movement who comes to San Francisco to open the first women's center run by women. All three, and many others, are forced from their jobs, families and homes, yet come together in the Golden City to change the world. The series also stars Guy Pearce, Mary-Louise Parker, Rachel Griffiths and Michael K. Williams. 9 p.m. Monday, ABC.

Review: ABC's When We Rise is a necessary conversation on history and future of LGBTQ rights

The life of an intelligence officer isn't all glamorous missions to foreign countries or high-tech spy equipment. It's often dangerous situations and choosing between the lesser of two evils. In Amazon's new series Patriot, intelligence officer John Tavner (Michael Dorman) learns all this the hard way when his latest assignment is to prevent Iran from heading into nuclear war. For this mission, Tavner has to ditch the safety nets and assume a "non-official cover" as a mid-level employee at a Midwestern industrial piping firm. To top it all off, he's dealing with PTSD and the incompetence of the government. Patriot also stars Terry O'Quinn (Lost) and Kurtwood Smith (That '70s Show). Midnight Friday, Amazon.

The Emmy-winning documentary series is back for a fifth season with 29 new episodes of raw, unfiltered storytelling from around the world. VICE starts its new season with an hour-long double-header. Correspondent Isobel Yeung ventures through regime-controlled Syria and VICE Media founder Shane Smith explores the stakes of decades of climate change denial. Then in its second episode, airing March 3, a correspondent sits down with families and doctors who are deciding when and how to start the transition process before transgender youth hit puberty. 11 p.m. Friday, HBO.