What to watch and listen to this week: 'When We Rise,' Hulu's 'National Treasure,' The Bossy Show

7 Months Ago6 Months Ago7 Months AgoABCAustin P. McKenzie as a young Cleve Jones in When We Rise.MONDAYSERIES PREMIERE: When We Rise, 9 p.m., ABC: The four-part miniseries chronicles the rise of the LGBTQ rights movement from the 1970s to present day. Fictionalizes... 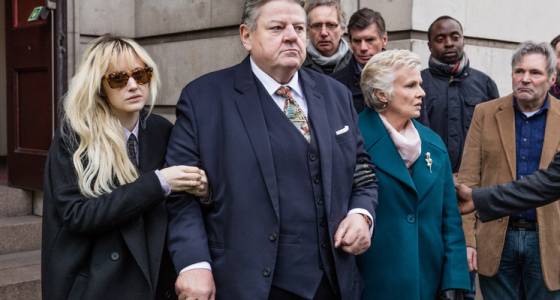 Austin P. McKenzie as a young Cleve Jones in When We Rise.

SERIES PREMIERE: When We Rise, 9 p.m., ABC: The four-part miniseries chronicles the rise of the LGBTQ rights movement from the 1970s to present day. Fictionalizes the the real life personal and political struggles of activists Cleve Jones, Roma Guy and Ken Jones.

Review: When We Rise is a necessary conversation on history and future of LGBTQ rights

President's address to Congress, 9 p.m., news networks: President Donald Trump delivers a State-of-the-Union type address, but not officially so, before a joint session of Congress.

SERIES PREMIERE: National Treasure, midnight Hulu: The four-part Hulu original traces the fallout that occurs after accusations of sexual abuse come out against a public figure. Robbie Coltrane stars as the fiction Paul Finchley, a beloved comedian who's accused of past sexual assault.

UCONN Huskies: The March to Madness, 10 p.m. HBO: The docuseries follows the women's basketball team, which has won four consecutive NCAA championships and 10 since 2000.

Movie: X-Men Origins: Wolverine, 8 p.m., Spike: Get your Wolverine intel in before seeing Logan this weekend. This origin story explains how Wolverine discovered his abilities and the circumstances behind his killer claws.

When We Rise: The People Behind the Story, 8 p.m., ABC: Before the premiere of Part III of When We Rise, this special sits down with the people behind the movement - Cleve Jones, Roma Guy, Ken Jones, Diane Jones and Cecilia Chung - along with the actors who portray them in the series.

The motto of this new political talk show is Life, Liberty and the pursuit of Wokeness. Queer feminist writers Jill Gutowitz (Teen Vogue, Cosmopolitan) and Carmen Rios (Everyday Feminism) steadfastly pursue that woke life with both freshness and ferocity.

The duo have no qualms about being brutally honest about how they feel about the current political climate and the state of the country. They consistently come out swinging on topics like the constitutionality of the Muslim ban, spewing actual facts about abortions and abortion accessibility, and the art of the filibuster.

The show isn't ranting and raving. Each episode features multiple guests related to their titular topics, including Human Rights Campaign press secretary Sarah McBride, Women's March on Washington organizer Jackie Savage, journalists reporting on the front lines of the government and lawyers who were on the ground helping those affected by the Muslim ban.

The best part of the show is its dedication to giving its viewers relevant information to survive the next four years, as well as resources to fight back against the many challenges ahead.

Second-best part: Trump Tinder. Just trust me on this one.

Listen on iTunes and Podbay.