What Is An EGOT? Lin-Manuel Miranda Can Complete Rare Feat At 2017 Oscars

If you’ve been following the Oscars news leading up to tonight’s 89th Academy Awards, you may have heard the word EGOT. It’s a funny-sounding word, but those for letters actually stand for something that only 12 people since 1962 have been able to accomplish.Coined... 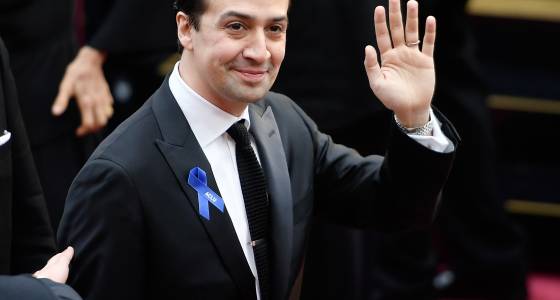 If you’ve been following the Oscars news leading up to tonight’s 89th Academy Awards, you may have heard the word EGOT. It’s a funny-sounding word, but those for letters actually stand for something that only 12 people since 1962 have been able to accomplish.

Coined by actor Philip Michael Thomas, EGOT stands for Emmy, Grammy, Oscar and Tony, and it is an honor given to songwriters, composers, producers and actors who have won all four awards in their career.

Tonight, actor and playwright Lin-Manuel Miranda will attempt to become the 13th person and youngest person to complete the EGOT when he competes for best original song thanks to his song in the film “Moana.” The star and writer of “Hamilton” earned his first Tony in 2008, a Grammy in 2009 and an Emmy in 2014.

That same year, Puerto Rican actress Rita Moreno completed her EGOT when she won an Emmy. Since Moreno’s win, nine other people have completed the EGOT including Audrey Hepburn in 1994, Jonathan Tunick in 1997, Mel Brooks in 2001 and Whoopi Goldberg in 2002.

In 2014, songwriter Robert Lopez became the latest person to EGOT when he won an Oscar. Lopez also holds the honor of being the fastest person to complete the feat, earning his EGOT in just 10 years. It took Hepburn 41 years to earn hers.