Was president, an enemy of anonymous sources, 1 himself?

Less than a week after President Donald Trump publicly attacked journalists for utilizing anonymous sources in stories about his administration, it appears the president turn out to be 1 himself on Tuesday — at least briefly. Three television anchors, shortly... 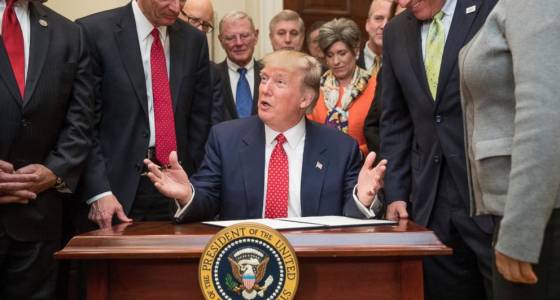 Less than a week after President Donald Trump publicly attacked journalists for utilizing anonymous sources in stories about his administration, it appears the president turn out to be 1 himself on Tuesday — at least briefly.

Three television anchors, shortly right after attending from a White Residence lunch meeting with the president, emerged to report news on the president's belief that the time may be ideal for immigration reform. Fox News Channel's Bret Baier, and CNN's Wolf Blitzer and Jake Tapper, attributed the news to a "senior administration official." ABC's George Stephanopoulos, in a tweet, sourced it to a "WH official."

Immediately after being asked about the apparent contradiction, White Property Press Secretary Sean Spicer stated in an e-mail that "the president's comments on that topic are on the record."

And minutes following that, ABC's David Muir, who was also in the meeting, posted a story on the network's web web site quoting Trump by name saying the president had told news anchors and correspondents at the White House lunch that "the time is suitable for an immigration bill, as extended as there is compromise on each sides."

The episode illustrated the administration's difficulties in squaring a longtime practice of anonymous sourcing in Washington politics and journalism with the president's anger at stories that displeased him. Trump has decried "fake news" and referred to as journalists "enemies of the individuals." Friday, in a speech prior to a conference of conservatives, he mentioned that reporters "shouldn't be permitted to use sources unless they use somebody's name. Let their name be put out there."

It is not unusual for presidents to invite journalists for private meetings like Tuesday's lunch ahead of a important speech, like Trump's before Congress on Tuesday. In the previous, they have been considered off the record — meaning nothing at all said at the meeting could be reported publicly.

Ahead of Trump publicly became the supply of the immigration news, a White Home official acknowledged to The Connected Press that it came from the meeting with news anchors. The AP was not incorporated in the meeting.

Fox News' Chris Wallace, who was also in the meeting, reported on Shepard Smith's afternoon show that he saw a "kinder, gentler Donald Trump" in the course of the lunch.

"It was in this context that a senior administration official stated that the president thinks that the time was right for immigration reform," Wallace stated. "That came as type of a surprise."

Immediately after some far more discussion of nuggets from the "senior administration official," Smith couldn't take it any longer.

Smith mentioned that Trump "wants persons to assume there is a big war against individuals who report details that he doesn't like. But when you're in the space with him, it's all good. When you are on Television, he vilifies you and treats you as if you are performing something incorrect when you happen to be really performing anything right. That's annoying."