Newly sworn-in President Donald Trump was scheduled to give a non-State of the Union State of the Union address before Congress Tuesday, and even if you have better plans, you're probably watching it. In this age when @realDonaldTrump tweets every morning... 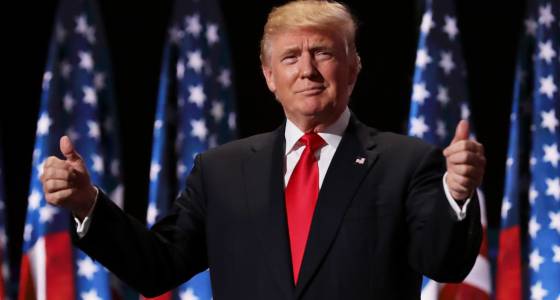 Newly sworn-in President Donald Trump was scheduled to give a non-State of the Union State of the Union address before Congress Tuesday, and even if you have better plans, you're probably watching it. In this age when @realDonaldTrump tweets every morning and "Saturday Night Live" roasts the White House every weekend, it's easy to get political #FOMO.

That brings us to tonight. If you're going to spend your hard-earned free time watching a live stream from Capitol Hill, you'd better enjoy it. So while Trump talks about "the renewal of the American spirit," as Press Secretary Sean Spicer described it, why not bring out some spirits of your own?

We'll keep it simple — just grab your friends, crack open a domestic drink and follow these rules, with suggestions from the Root, Culturess and Debate Drinking. Whether you're a Democrat, Republican or neither, be responsible (and vote whenever you have the chance).

... Trump runs down his accomplishments in office thus far

... you spot a lawmaker shaking his or her head (or nodding enthusiastically)

... Trump uses a word that sounds like "bigly" but is actually "big league"

... Trump gets interrupted by applause, a la former President Barack Obama in 2015

... Trump glosses over an issue you think is important

... Trump discusses an issue you think is important

... you suspect that Trump is going off-script

... the camera shows Sen. Tim Kaine, D-Va., who would have been vice president in a Clinton administration

... any attendees (women dressed in white for suffrage included) disrupt the speech

... Trump does something you think will almost definitely become a meme

... Trump does his classic thumbs-up gesture

And finish your drink if...

... Sunny and Bo run in out of nowhere, disrupting everything and giving Pete Souza a great pic to post with a tongue-in-cheek caption on his Instagram.