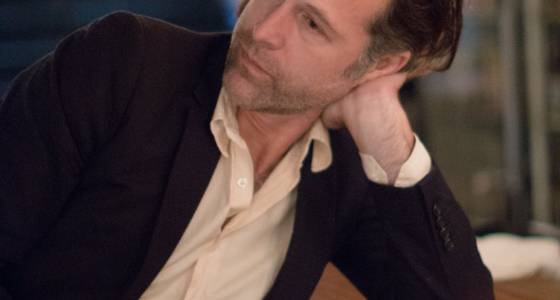 A Wolfe Island Music Festival fundraiser in Toronto? What gives?

We’re handy, that’s all. Trust us when we say you could mount a Wolfe Island Music Festival fundraiser in just about any city in Canada that’s produced a handful of touring acts over the past two decades and be guaranteed a pretty good turnout onstage. Toronto just happens to be a mere two-and-a-half hours down the 401 from Kingston — from whence Wolfe Island lies a mere 20-minute ferry ride away, at the magical point where Lake Ontario meets the St. Lawrence Seaway — and harbours a large concentration of musicians. The goodwill accorded the fest and its endlessly lovable overseer Virginia Clark, however, extends coast to coast.

Clark herself admits she was “flabbergasted” at the response when she first floated the idea of staging the Wolfe Island Winter Ball Music Festival — an all-star gathering of Wolfe Island alumni hosted by Jason Collett and happening this Sunday at the Great Hall — here, particularly since she’d never actually booked a show in Toronto before.

But when Clark, saddled with debt from the previous summer’s Wolfe Island Fest and facing unprecedented competition all around on the crowded festival front, announced last year that there would be no 2016 edition, the outpouring of grief and support from regular attendees and the musicians who’ve played Wolfe Island was remarkable. And the list of musicians who’ve played the fest over the years, many of them before they became household names, is wholly impressive: Sloan, the Constantines, the Rheostatics, Joel Plaskett, k-os, Shad, Alvvays, Wolf Parade, July Talk, Operators, Bahamas, the Rural Alberta Advantage, Chad VanGaalen, Born Ruffians, Basia Bulat, Holy F---, Wintersleep and so on.

“It just would have been irresponsible to move forward with such an ‘outstanding,’ money-wise, and it maybe would have even grown a bigger debt,” says Clark, down the line from the Queen’s University Grad Club, which she’s managed and booked since the early 2000s. “It was hard for me. I couldn’t even imagine not doing it, right? It’s just ingrained so much in me. But I had a really good friend who said ‘Maybe you should just take a year off.’ And once the seed was planted, it kinda grew and I realized that it was more responsible to everyone and to the festival to just take a step back, think about it, think about what I wanted to and to see if the love was still there – because that’s important, too, especially in this kind of landscape of festivals. There’s a lot of love to be shared, if you know what I mean.”

The good news is that the Wolfe Island Music Festival, begun by Clark and her friend Sarah McDermott as a modest “party on the dock” nearly 20 years ago, will return for a 19th weekend of rock ’n’ roll, camping and general merriment in the ballpark just a short walk from the ferry landing in Marysville next summer.

A five-part concert series held at the island’s tiny community centre featuring the likes of Elliott Brood, Bahamas and NQ Arbuckle got the fundraising ball rolling, and Sunday’s Winter Ball represents Clark’s first attempt to drum up support outside of Kingston.

“I’m still fundraising for the festival, but such a driving force has been people saying: ‘When’s it happening? When can I book my holidays?’ I’m getting emails constantly from people who are like ‘I need to organize.’ People like to plan their summers way in advance nowadays. So just from all those inquiries and, y’know, the love in general from everyone really wanting it to happen, it’s gonna happen . . . and this fundraiser Sunday is gonna be what launches it and get the wind under its sails, basically.”

One of the first people to step up and proffer his services was Collett, one of about a dozen acts performing on Sunday and will also emcee the event in the vein of his popular Basement Revue series.

He and Clark are being tight-lipped about the lineup, but he will allow that “with quick look at the Wolfe Island pedigree you can make some educated guesses as to who’s going to be showing up.”

“I need to host another show in Toronto like I need a f---ing hole in the head, but you don’t say ‘no’ in a situation like this,” says Collett. “Virg is a total sweetheart, and she’s one of only a handful of promoters who have been around for a long time who clearly do this out of love — love of the music and of supporting artists.”

Sarah Harmer played the very first Wolfe Island Music Festival — which was basically just her playing tunes from 1999’s Songs for Clem on a hay wagon — and might just make the drive from Kingston with her band on Sunday. But you didn’t hear that from us.

Harmer might have a selfish motive for playing the Winter Ball, she confesses: the festival is “a definite summer highlight” for her and she misses it, too.

“The Wolfe Island Music Fest means swimming, camping, listening to great bands and building community,” she says. “Free of the corporate profit motive, it’s a handmade affair that exists to fuel our hearts and the local economy. Wolfe Island is a beautiful, natural place of neighbours, farmers and windmills where you can feel that you’ve gone back to a simpler time. Especially in this current climate of fear and separation, the festival is a welcoming port in the storm.”