To she or not to she: Toronto stage productions reimagine Shakespeare with women in lead roles | Toronto Star

Female actors playing Shakespeare’s great roles is emerging as a significant international theatrical trend at the moment, prompting one U.K. critic to wonder, hyperbolically, whether this means “curtains for the great male actor.” Toronto... 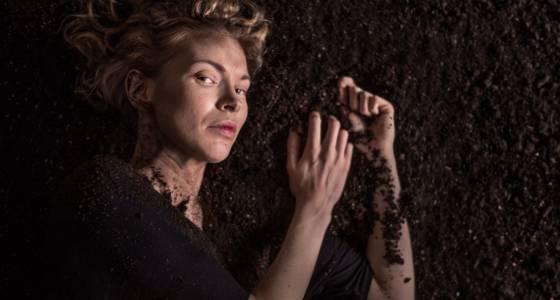 Female actors playing Shakespeare’s great roles is emerging as a significant international theatrical trend at the moment, prompting one U.K. critic to wonder, hyperbolically, whether this means “curtains for the great male actor.”

Toronto theatre is placing itself in the thick of such debates with no less than three significant productions of unconventional Shakespeare in the coming months.

Why Not Theatre will celebrate its 10th anniversary by remounting its inaugural production, The Prince Hamlet, a reimagining of Shakespeare’s text directed by artistic director Ravi Jain. The production re-orders and reinterprets scenes from Shakespeare’s original and adapts cinematic language to the stage, with the added innovation this time that a woman – Christine Horne – plays the title role. It opens April 19 at Theatre Centre.

As part of Canadian Stage’s 30th anniversary 2017-2018 season, Diana D’Aquila will take the title role in King Lear in a Shakespeare in High Park production directed by Alistair Newton, running in repertory from June-September with Twelfth Night directed by Tanja Jacobs.

And earlier in April (5-9), as part of the Harbourfront World Stage Redux season, Clare Coulter stars in LEAR: A Retrospective, in which she and director Philip McKee reflect, through performance, on three recent iterations of this production in which Coulter played King Lear.

Last year, Canadian Stage was criticised for the lack of diversity in its programming, an experience that artistic and general director Matthew Jocelyn says “did feed the thinking” behind this season, though he notes “we didn’t program this or that artist in order to avoid controversy or to please.” Jocelyn underlines that the company’s mission is the creation of “a vital cultural dialogue between our local, national and international artistic communities.”

Two works by prodigious Canadian talents grappling with themes of mortality feature in Canadian Stage’s season, including Life After by Britta Johnson, a 25-year-old rising star whose work Jocelyn has been following since she was a high school student in Stratford. Life After, co-produced by the Musical Stage Company and Yonge Street Theatricals, dramatizes the experience of a young woman coping with her father’s death.

Jordan Tannahill follows up on Botticelli in the Fire and Sunday in Sodom, his award-winning 2015 Canadian Stage double bill, with a new text/movement piece, Declarations, in which he faces his mother’s cancer diagnosis. Tannahill, 28, writes and directs this world premiere, which Jocelyn calls an “ode to love and filial feelings and what gets us up in the morning.”

The anniversary spirit of looking forward by looking back is reflected in the world premiere of The Overcoat, an opera version of “one of the pieces that most marked the history” of Canadian Stage, according to Jocelyn.

Created in 1998 in Vancouver, brought to Toronto in 2000 by Canadian Stage, and a success on the international touring circuit, The Overcoat was a wordless piece of physical theatre created by Morris Panych and Wendy Gorling, based on Nikolai Gogol’s novella and set to music by Dmitri Shostakovich. This new opera version features music by James Rolfe, libretto and direction by Panych, and choreography by Gorling.

The space typically reserved in Jocelyn’s seasons for high-profile plays from London and New York will this year be filled by Heisenberg, a two-hander written by the Englishman Simon Stephens and directed by Jocelyn ( and Stephen Karam’s Broadway hit The Humans, directed by Jackie Maxwell.

While Canadian Stage and other major companies including Tarragon and Mirvish announce their entire 2017-18 seasons at this time of year, the fact that Why Not Theatre is only talking about what it’s doing through the summer is typical of this company’s flexible, chimeric nature.

“We’re a broker, instigator, accelerator – a lot of things a larger company cannot be,” says Owais Lightwala, one of the company’s artistic producers along with Kelly Read.

Why Not’s activities include producing Nicolas Billon’s hit play Butcher this month in the off-Mirvish season at the Panasonic; what Lightwala calls the “never-ending world tour” of A Brimful of Asha, in which Ravi Jain performs with his mother; and the fourth RISER Project at Theatre Centre in April and May – a season of four world premieres which the company helps see to production via financial and mentorship support.

The revival production of The Prince Hamlet will allow Jain, one of Canada’s most innovative and celebrated directors, a moment of reflection. “It’s been a big 10 years – the company has grown a lot, Ravi has grown a lot,” says Read. It will be produced in association with Soulpepper Theatre, where Jain is associate artistic director.

“One thing that’s become defining of our company is that it’s not just what the story is, but who’s telling the story,” says Lightwala. “Returning to The PrinceHamlet allows us to look at that.”

Why Not does not have its own performance space (or even a fixed office), which helps keep it flexible: “We can go to where the audiences are,” explains Lightwala. How the company will continue to juggle its ongoing growth with Jain’s commitments to Soulpepper is a story to watch in the coming months.