‘This guy is Abe Lincoln and George Washington and God rolled up in one person.’

Genghis Khan: Conqueror of the world! Mongolian warlord of the 13th century! The reason we wear pants!Yeah, pants. Also a major reason we (meaning we in the western world) have charcoal, diplomatic immunity, forks, tollbooths and paper money. And maybe chopped... 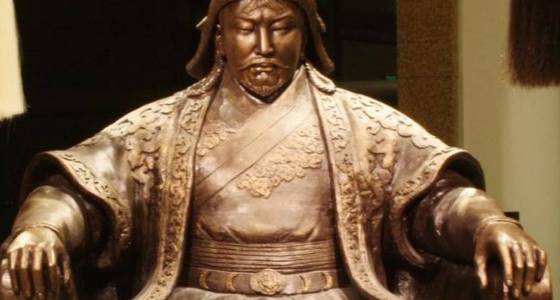 Genghis Khan: Conqueror of the world! Mongolian warlord of the 13th century! The reason we wear pants!

Yeah, pants. Also a major reason we (meaning we in the western world) have charcoal, diplomatic immunity, forks, tollbooths and paper money. And maybe chopped meat.

The exhibition “Genghis Khan,” which sits at Discovery Place Science through April 30, introduces us not only to the guy who held the largest empire in history but also the culture he came from and the culture he left, which his quarrelsome descendants frittered away within three generations.

Allow two hours, most of it with your eyes popping, and you can see it all. Or add another 45 minutes to watch the semi-related IMAX film, “Mysteries of China.” It tells of another great conqueror, Qin Shi Huang, the first emperor of a unified China and the guy who commissioned the famous terracotta warriors buried near his tomb. But he stopped at his country’s borders in 221 B.C.

Dinosaur expert Don Lessem, the exhibition’s organizer, first came upon Genghis Khan by accident on a dino-related visit to Mongolia in 1989, when it was still a Soviet satellite. (G.K.’s name loosely means “oceanic ruler.” He was born Temujin. Mongolians pronounce it CHIN-gis.)

“I knew nothing about him other than what you hear in American schools, which is ‘bad guy,’ ” says Lessem.

Everybody in the capital, Ulaanbaatar, talked reverentially about Genghis Khan, though they couldn’t do that publicly.

But, says Lessem, “As soon as the Communists left in 1990, Genghis was everywhere. There was an enormous image of him on the side of a mountain. He was on the money. There was a Genghis Khan Irish bar. ‘I thought, ‘This guy is Abe Lincoln and George Washington and God rolled up in one person.’ Who is he?”

By most accounts, a juvenile delinquent with a good cause for burning hatreds and an extraordinary ability to transcend his era.

1. His bloody beginning. His father was murdered when he was 9. His mother, stranded with six kids but without food and shelter, fought to keep them alive. Genghis reduced the number by one, Lessem says, by whacking a half-brother who had been stealing the family’s meager food supply: G.K. and another brother shot their victim from front and back simultaneously. He married Borte, his first wife, at 15 and was eventually elected to office (hence the courtesy title “Khan”).

2. His vision and influence. Anybody might have hacked and hewed his way to limited power, but Genghis had vision. He accumulated an army of 100,000 – the first ever mounted entirely on horseback, thus able to travel 70 miles a day – and often allowed conquered people to fight for him afterward. His domain, which stretched from parts of China in the East to Syria and Iraq in the West, was taken through force but ruled through common sense.

He promoted according to merit, not family ties. He established passports and diplomatic immunity to facilitate trade and national relations. He set protected land aside – the first conservationist? – and allowed religious freedom: His inner circle included Christians (including his converted wife), Muslims, Buddhists and shamans.

In fact, says Lessem, sociologist Jack Weatherford has written a book titled “Genghis Khan and the Quest for God” that argues G.K. is responsible for influencing our own founding fathers: “He believed in freedom of religion, choosing your own juries, being taxed proportionately with breaks for educators and clerics – things America is founded on.”

3. His quotability. The exhibition’s peppered with wall quotes from the great man. To his generals: “Commanders must understand the fatigue and discomfort of their soldiers by experiencing it themselves.” To his foes: “I am the wrath of God. If you had not displeased him, he would not have sent me to destroy you.” And to nobody in particular: “I’m very frightened by the anger of mother.”

4. A broader background (and crazy details). Genghis becomes an excuse to learn about Mongolian culture in general: the unusually curved bow that made arrows accurate for 350 yards, the saddles designed to let archers turn backward while riding and kill pursuers, the massive crossbows and catapults. You stand just outside a ger (also called a yurt) to study the portable house nomadic tribes use even today. Videos depict reconstructions on Mongolian warfare and life in Mongolia today.

You’re given a personality card to follow through the exhibit on touch screens. If you get General Subotai, for instance, you learn that his brilliant tactical brain was encased in a grossly corpulent body – bad news at the battle of Kalka River, where Subotai and his officers crushed six Russian princes to death by eating dinner on a large wooden platform atop their bodies.

When Genghis Khan dies in 1227, you are only halfway through the exhibit. Still to come: his grandson Kublai Khan (familiar to anyone who had to memorize Samuel Taylor Coleridge’s “Xanadu”), great-granddaughter Turandot (immortalized in Puccini’s last opera) and Marco Polo, the Venetian traveler who went East and spent 17 years serving Kublai Khan. We get the history of the Great Silk Roads of trade – there were two – connecting mainland Asia with the Middle East.

We come up to the present through arrays of weaponry, crafts and especially masks terrifying and beautiful, mounted on a wall as if decorating a deserted theater. Don’t miss the section where a geneticist explains that 16 million people can trace DNA down to one Mongolian in the Middle Ages – very possibly Genghis, who had five wives and 500 concubines.

5. A remaining mystery – and a question. The one thing we can’t know? Where he died. Legend says all the soldiers in his burial party were slain to prevent anyone from knowing where he lay, but a pregnant camel was left at the gravesite. Camels return annually to the place where they gave birth, so the family could follow the beast to the burial mound and pay respects.

So after putting this exhibit together over seven years, what does Lessem himself still want to know?

“What he looked like, which we can never know,” he replies. “And what he was like as a person. Borte was kidnapped, impregnated and then came home. Genghis raised the child as his own, at a time when many men would have let it die. What made him so different from everyone around him?” 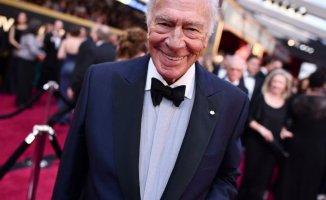 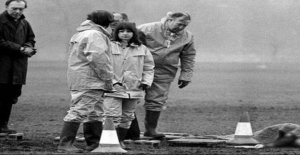