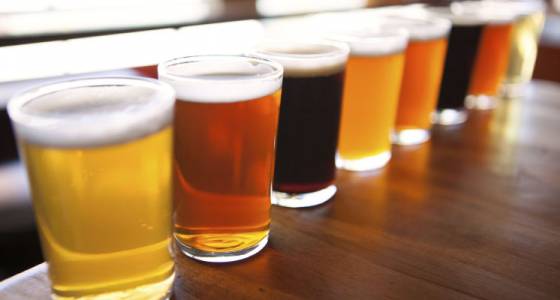 The best skateboarders in the world will be making their way to the Skatepark of Tampa this weekend for Tampa Pro, one of skateboarding's most respected contests, now in its 23rd year. The sweaty skate park will be jam-packed with skateboarding fans (rapper Lil Wayne has been known to show up) looking for some of the same skaters who will compete in the X Games and other high-profile contests. The winner of Tampa Pro will take home a $20,000 prize and a coveted spot in the Street League Skateboarding Nike SB Super Crown World Championship. The stakes are high. Spectator admission is $10-$15 and there are after-parties each night, as well as art shows, concerts, video premieres and the epic Converse Concrete Jam, a notorious best-trick contest at 7 p.m. Saturday in the outdoor park. Begins Thursday. skateparkoftampa.com/tampapro.

One of the most popular art events of the year, Nude Nite turns an industrial Tampa warehouse into a pop-up gallery of figurative artworks, body painting, aerialists and pole performers. It's the country's largest art show specializing in the human form, says director Kelly Stevens. Along with performance art, more than 200 works will be exhibited. Among them will be the "Nude Rockwells" photo project using transgender models to re-create iconic Norman Rockwell images. It runs Thursday through Saturday at 6818 S Manhattan Ave., Tampa, starting at 6 p.m. nightly. $25-$35. (321) 229-8110. nudenite.com.

Florida native Carl Hiaasen began as a newspaper columnist (and still is, at the Miami Herald), but then he used the oddball goings-on of the Sunshine State to spin comedy gold in novels for adults (Tourist Season, Strip Tease) and young readers (the Newbery winner Hoot). This weird state just gives him material, like the woman who crashed her car into an SUV because she was shaving her, as news reports put it, "bikini area." She's the muse for Hiaasen's most recent rollicking book, Razor Girl. He will speak at 7:30 p.m. Sunday in Ferguson Hall at the Straz Center for the Performing Arts, 1010 N MacInnes Place, Tampa. $35-$55. strazcenter.org.

The official kick-off party for Tampa Bay Beer Week is Friday at Tampa's Pour House at Grand Central, featuring 40 beers from Florida breweries. But there are dozens of other events running through March 12, ranging from large-scale festivals to beer tastings, classes, beer dinners and more. It's no coincidence that the craft beer community has grown along with this event that started in 2012. Check out more Beer Week highlights at tampabay.com/things-to-do.