They're gone but will they be forgotten? Oscar In Memoriams will for sure snub someone | Toronto Star

There will be snubs. Let’s face it, 2016 was an absolute monster year in regards to celebrity deaths, and this year’s Oscars “In Memoriam” segment will definitely disappoint fans of some recently deceased film creators —... 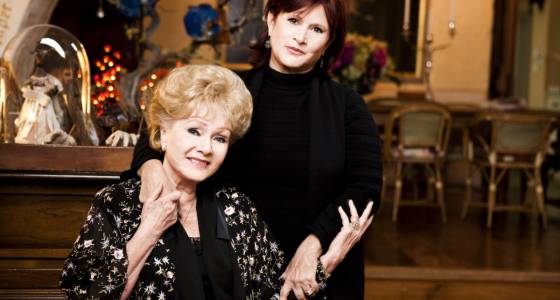 There will be snubs.

Let’s face it, 2016 was an absolute monster year in regards to celebrity deaths, and this year’s Oscars “In Memoriam” segment will definitely disappoint fans of some recently deceased film creators — whether actors or those off camera — when their favourite is not part of the telecast’s montage.

In past years, Joan Rivers, Abe Vigoda, Cory Monteith, Farrah Fawcett and Elaine Stritch have all seemed to have been omissions that spurred online outcries from those watching.

The segment as we know it was created in 1994, and has colloquially been referred to as the “necrology section,” according to longtime Academy Awards show producer Gil Cates, who is credited for making it a perennial part of the show.

Talking to The Star’s Peter Howell in 2005, he admitted that some people wanted to do away with it, but he was holding firm.

“What I like about the necrology is it connects you with the past in a way that is very emotional and very deep,” said Cates. “Frankly, many people either didn’t know or had forgotten some of those faces that have passed away. I’ve always liked it. People have recommended dropping it, but it’s wilful on my part to keep it.”

One reason Cates reportedly added the segment was to include more actual film clips in a broadcast that felt more like a variety show.

At the very least, the segment has provided some part of the online water-cooler talk during and after the show in recent years.

Here’s a look at some of how it works, why some people have been omitted and some folks who will be honoured this year.

How does it work?

The Oscars have a secret panel which decides who will be honoured during the telecast. About 30 people are included in the segment, and while it is unknown how the roster is decided, as with many things with the Academy Awards, there are those who campaign for inclusion.

The show producers do not have a say in who is honoured. According to an Entertainment Weekly 2014 piece on how it’s decided, the producers purposely disavowed any control over the in-memoriam reel or tickets to the show, fearing they would be deluged with requests for both.

Being an Academy member is known to be one big factor in getting in, and many celebrities have not made the cut for that simple reason.

In some cases, there are exceptions made for people who have made a contribution to entertainment, but that is an arbitrary process. For example, in 1999, there was some controversy over the omission of movie critic Gene Siskel but ten years later, critic Mannie Farber was included in the segment in 2009. Some movie publicity executives have been included, as well as otherwise little-known Hollywood insiders.

The Oscars have a list on their site of members who have passed away in the past year, so that is the place to start in deciding who will make it in.

As sure as death and taxes

Musicians are often omitted from the ceremony, but Prince, who won for Best Song Score for Purple Rain in 1985, and as such was a member of the Academy’s music branch, definitely will be included.

Being a recognizable actor is the way to ensure that you will flash by during the segment. Debbie Reynolds, nominated for Best Actress in The Unsinkable Molly Brown and also a recipient of an Academy humanitarian award in 2015, will likely make the cut, as will her daughter Carrie Fisher. Gene Wilder, nominated as actor and writer, is a lock.

Being big on TV can hurt you

One of the biggest sources of confusion is when an actor does not make the cut, and it does matter where you make your mark. In previous years, Fawcett, Rivers and Monteith are actors that people were surprised didn’t make the in memoriam high light reel. The reason that has been given is that they were mainly known for their television work. Remember, this ain’t the Emmys.

One actress that shouldn’t apply to this year is Mary Tyler Moore. Sure, she may have been best known as the girl who could turn the world on with her smile, but she also nominated for Best Actress for Ordinary People in 1980, so she should make the cut.

It is not the calendar year that counts, but rather the year between shows, which is why early 2016 deaths, including David Bowie and Alan Rickman, made it into last year’s broadcast. But dying too close to the telecast is one reason that some notable celebrities haven’t been honoured.

Unless you are too important to ignore. In 2014, actor/writer/producer Harold Ramis died on the Monday before the ceremony, but the segment was edited to include him, and he was memorialized by Bill Murray at the ceremony.

This year, Moore and John Hurt, a two-time nominee for Midnight Express and The Elephant Man, both died on Jan. 25, but that is plenty of time to be added and both are high profile enough to warrant it.

The bigger question is all the behind the scenes folks:

Actors clearly are the more recognized faces in the reel, but there are many more behind-the-scenes Academy members that are likely to make the cut.

This year, some behind the scenes luminaries includes Curtis Hanson, writer and director of L.A. Confidential (which won for Best Adapted Screenplay); William Peter Blatty, who wrote The Exorcist; and Michael Cimino, who wrote and directed The Deer Hunter (which won Best Picture and Directing). There is also Richard Portman, who won for Best Sound for that film, but was also nominated 11 times from 1971 to 1984 in the same category.