Here America sits, just over five weeks, or 2.4 percent, into a new, 208-week presidency. Some reports out of Washington have the new White House resident tacking a bit differently from the previous one. Then again, maybe it’s too early to tell.One way... 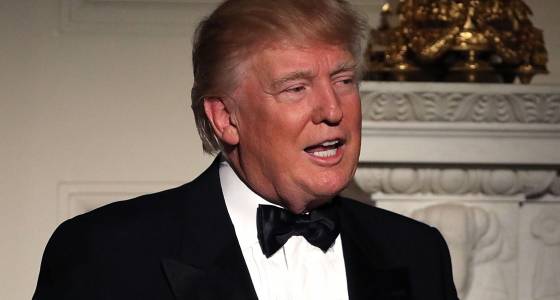 Here America sits, just over five weeks, or 2.4 percent, into a new, 208-week presidency. Some reports out of Washington have the new White House resident tacking a bit differently from the previous one. Then again, maybe it’s too early to tell.

One way to tell if things are going to be different around these parts is to check in with the mags on the far sides of the political spectrum. That’s where the experts work, no? Here’s the scoop:

Richard Lowry’s National Review is a hoot. Nayla Rush, judging from her piece on the US refugee-resettlement program, would find success doing stand-up — or working at Auntie Anne’s pretzel (logic) counter. Heather Higgins’ essay on “Trump as Communicator” is destined for HBO’s “History of Comedy” series.

And Kevin D. Williamson, apparently thawed after 50 years in the deep freeze just in time to write the cover story, “Capitalists vs. Capitalism,” doesn’t get the tick-tock of cultural evolution. Welcome to 2017, Mr. Williamson.

Look, we get it. the new man in DC has different ideas on how things should work. But he isn’t looking to halt the refugee-resettlement program because the US shouldn’t be “playing God,” as is put forth in Lowry’s March 6 issue.

But somehow the mag works. Rob Long’s column — a parody of what a typical day in the West Wing is like — is a winner.

While the conservative title’s approach to the new administration will give readers a chuckle this week, it is a far better read than liberal standard bearer The Nation.

Executive Editor Richard Kim’s March 6 issue continues to read like the title still can’t get over losing the election.

It dwells time and again on Sen. Elizabeth Warren’s being shut down on the Senate floor. It’s an angry read.

Writer Joan Walsh, in an otherwise outstanding piece about a week in February 1968, when the nation was being torn apart by the Vietnam War and the Civil Rights Act, pens a story about Harry Belafonte guest-hosting the “Tonight” show on NBC.

Walsh (and Kim) allows in a quote from Belafonte about the entertainer’s take on the 2016 election: “I’ve never known this country to be so racist as it is at this moment.”

Even the letters to the editor in the newsprint weekly don’t stray far from the title’s orthodoxy.

Each supports the magazine’s prior position. Sad! Even in National Review, the readers took issue with a previous story.