The Oscars: What should win, what will win 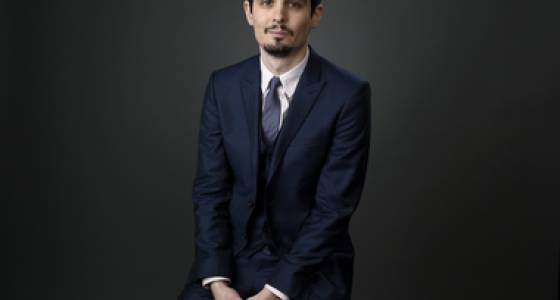 LOS ANGELES -- Ahead of Sunday's 89th Academy Awards, Associated Press film writers Lindsey Bahr and Jake Coyle share their predictions for a ceremony many expect will be a "La La Land" sweep.

Should Win: "La La Land," although that's not the stylish choice of the moment. I think we've all been burned too many times, by "The Artist" and "Argo" and other films that lure us in with their retro, navel gazing sensibilities and then evaporate from our memories come March 1. "La La Land" is different. It'll be a modern classic that we'll be watching for years to come.

Should Have Been a Contender: Mike Mills' "20th Century Women" is a film that gets better with every viewing. It is deep and funny and gives a poignant historical context of the lives of women in the very recent past.

Will Win: It would be idiotic to pick against "La La Land," the 14-time nominated favorite and Golden Globe winner. And, yet, I can't help myself. The election of Donald Trump changed the mood so drastically in Hollywood that I just don't see Chazelle's effervescent musical waltzing off with best picture. "Moonlight," lyrical and poetic, isn't a social issue film. But it feels more of-the-moment. Maybe it pulls off one of the most historic upsets in Oscar history. Just don't bet the house.

Should Win: "Moonlight," but not because of the post-election angst. Because it's beautiful.

Should Have Been a Contender: It had zero shot, but Terence Davies' "Sunset Song" was a pastoral hymn of a movie: a radiant portrait of Scottish farm life and time passing over it. Yeah, so not exactly Oscar bait.

Will Win: It's probably going to be Denzel Washington, and it won't be a bad call either. Washington has lived in August Wilson's Troy Maxson for years and his is a powerfully resonant interpretation.

Should Win: Casey Affleck has become another unpopular choice of late, but his performance in "Manchester by the Sea" is so singular and specific to him. He's the only one who could have made Lee Chandler work.

Should Have Been a Contender: Honestly, Tom Hanks. He was great in "Sully." Perhaps we've come to expect only the impossible from him at this point, though.

Will Win: This has turned into a nail-biter. I think the SAG winner Denzel takes it.

Should Win: If you look up "powerhouse performance" in the dictionary, you should just be treated to a torrent of words from the titanic Denzel. Affleck, too, is deserving. But I'm going to go with Gosling, who's being curiously underrated this year despite being more-or-less the coolest movie star on the planet. My vote, though, is more for him in "The Nice Guys" than "La La Land."

Should Have Been a Contender: Johnny Depp in "The Art of the Deal." No, the Funny or Die feature film about Trump wasn't even eligible. But before Alec Baldwin took over the part, Depp turned in his best wigged performance in years.

Will Win: Emma Stone. The academy loves ingenues. It's even better when the role itself is "ingenue."

Should Win: This is a tough one. Stone is wonderful, but Natalie Portman had such an impossible task in embodying the public and private sides of Jackie Kennedy in a non-campy way, and she pulled it off magnificently.

Should Have Been a Contender: Annette Bening was transcendent as a the spirited single mom raising a teenage boy in 1979 Santa Barbara in Mike Mills' crisp and vibrant "20th Century Women."

Will Win: It's a competitive category, but Stone.

Should Win: Stone. What's not to like here? She can do it all.

Should Have Been a Contender: Honorable mention to Beyonce in "Lemonade" but Hailee Steinfeld, people. Already a nominee for "True Grit," the 20-year-old was uncannily good -- funny, smart, real -- in Kelly Fremon Craig's teen comedy "The Edge of Seventeen."

Will Win: Mahershala Ali. Has anyone done so much to win an audience over with so little screen time?

Should Win: Mahershala Ali. Full stop. It's the role that made us all learn the name of an actor who we've all seen many times before. That's no small thing.

Should Have Been a Contender: I'm going to go out on a limb in support of one of my favorite performances of the year and say Ralph Fiennes for "A Bigger Splash." He never had a chance, but he's just bursting with joy and energy and delusion and it's one that makes me smile every time I think about it.

Will Win: Ali. From the vast cast of "Moonlight," he has (deservedly) been chosen

Should Win: Ali should because "Moonlight" is at its most soulful when he's onscreen. But we should all be rooting for a Michael Shannon speech if not on Sunday, some Oscars soon.

Should Have Been a Contender: The Academy Awards aren't really built to suitably reward the three Chirons of "Moonlight." Three actors -- Alex Hibbert, Ashton Sander, Trevante Rhodes -- playing the same character across three chapters, add up to the year's best performance.

Will Win: It has to be Viola Davis, right? She's terrific in "Fences," even if it is more of a co-lead.

Should Win: "Supporting" quibbles aside, Davis is still the strongest candidate in a very strong category. Sorry, Michelle.

Should Have Been a Contender: Sometimes I fear we've forgotten what a real supporting part is (i.e., not just whoever is second-billed). Kelly Reichardt's "Certain Women" was never going to break through the Oscar ranks -- it's too quiet, too slow, and, let's face it, probably too female -- but if there were any justice, Lily Gladstone would have been among the nominated at least.

Will Win: Davis is the lock of all locks.

Should Win: Davis. It will be her first Oscar, but it won't be her last.

Should Have Been a Contender: It's a strange thing that Octavia Spencer, a fine actress, has been singled out for "Hidden Figures." Both of her co-stars, Taraji P. Henson and Janelle Monae, are better in it. Monae, also electric in "Moonlight," really should have been in the running. Her entry into movies was one of the best things about 2016.

Will Win: Damien Chazelle, of course.

Should Win: "La La Land" was not an inevitability, nor is any original musical and Chazelle willed this impossible project into being despite all the odds -- whether it be the time constraint of a sunset for the perfect shot or shutting down a freeway to stage the perfect opening number. The work is on the screen.

Should Have Been a Contender: Pablo Larrain had not one but two brilliant, genre defying biopics this year in "Neruda" and "Jackie."

Will Win: The 32-year-old wunderkind Chazelle appears to have it in the bag.

Should Win: Both Chazelle and Jenkins are overwhelmingly worthy. Just give these two exceptionally talented and annoyingly young filmmakers the keys to Hollywood.

Should Have Been a Contender: Andrea Arnold, the British director of "American Honey," created the year's most intoxicating sensory experience in her wild cross-country exploration. One of the most offensive Oscar stats is that no woman has been nominated in this category since 2010.