Where does Gypsy’s (Jessica Camacho) allegiance lie?At the end of Season 3, episode 13 of “The Flash,” Grodd (voiced by David Sobolov) ordered Gypsy to open a breach between Earth-19 and Earth-1 to realize his plan of invading Earth-1 Central City with... 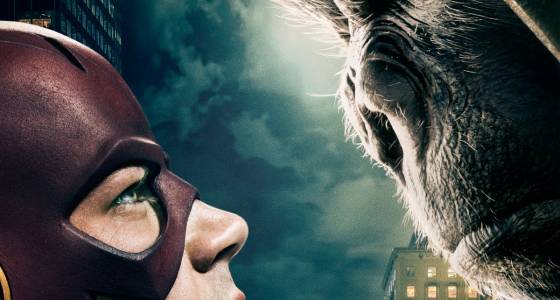 At the end of Season 3, episode 13 of “The Flash,” Grodd (voiced by David Sobolov) ordered Gypsy to open a breach between Earth-19 and Earth-1 to realize his plan of invading Earth-1 Central City with an army of sentient gorillas. But does that make Gypsy an ally of Grodd?

In a recent interview with TVLine, co-showrunner Aaron Helbing revealed that Gypsy is actually not acting on her own free will when she gets the gorillas to Earth-1.“She is basically under Grodd’s control,” Helbing said of the Earth-19 bounty hunter. “And that will serve as a clue to Barry and the team that Grodd is no longer on Earth-2, that he’s made his way onto Earth-1.”

According to the synopsis for Season 3 episode 14, Gypsy helps Team Flash stop the legion of apes before it completely destroys Central City. “You’ll see Barry (Grant Gustin) and Kid Flash (Keiynan Lonsdale) and Jesse Quick (Violett Beane), along with Vibe (Carlos Valdes) and Gypsy, take on the army of gorillas and do what they can,” Helbing said. “The gorillas aren’t as fast as speedsters, but when you’re going against 10 gorillas at a time, one of them is bound to get a punch in.”

Camacho made her debut appearance as Gypsy in Season 3, episode 11, in which she arrived on Earth-1 to bring H.R. (Tom Cavanagh) back to Earth-19 for his crime of inter-dimensional travel. In an attempt to free H.R. from his crime, Cisco demanded a trial by combat, which Gypsy accepted. When H.R. and Barry thought that Cisco would never win the fight, the two tried to ambush Gypsy but were easily defeated.

Although Gypsy is a more experienced viber than Cisco, the S.T.A.R. Labs’ resident mechanical engineer managed to defeat her using a stratagem Julian (Tom Felton) taught him. But instead of killing Gypsy, Cisco allowed her to return to Earth-19 in one piece. Because Cisco spared her life, it isn’t that surprising that Gypsy travels back to Earth-1 to help the team protect Central City from Grodd.

Unfortunately for Team Flash, Grodd also uses his telepathic powers to his advantage in tomorrow’s episode. “Since Grodd has the ability to overtake anyone, he’s going to overtake someone very close to Barry, and almost kill him,” Helbing said. “That’s really going to affect Barry and make him question: ‘Do I allow Grodd to live, or should I just kill him and put an end to it? Maybe that will change the future?’”

“The Flash” co-showrunner Aaron Helbing revealed that Gypsy (Jessica Camacho) is not acting on her own free will when she gets Grodd’s (voiced by David Sobolov) army of sentient gorillas to Barry’s (Grant Gustin) home Earth. Photo: Getty Images/Vivien Killileas