Not since a Chicago newspaper headlined “Dewey Defeats Truman” has there been a massive public screw-up on the order of what happened at the Oscars on Sunday night. But it’s an ill wind that blows nobody some good, and the huge embarrassment for Warren... 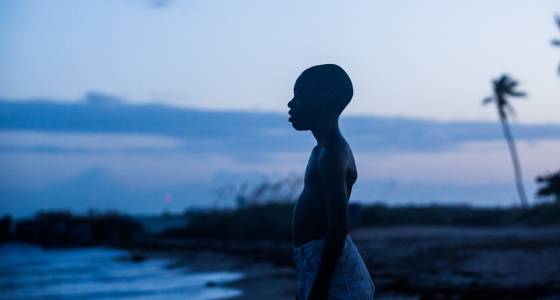 Not since a Chicago newspaper headlined “Dewey Defeats Truman” has there been a massive public screw-up on the order of what happened at the Oscars on Sunday night. But it’s an ill wind that blows nobody some good, and the huge embarrassment for Warren Beatty, Faye Dunaway and the academy may turn out to be a good thing for the Oscars.

For if having a debacle like the two presenters announcing the wrong winner before millions of viewers in 225 countries does nothing else, it proves the lasting watchability of live television.

Yes, even in this age of presumed digital safeguards everyone got to see the “La La Land” entourage troop joyously on stage and then retreat in disarray in the face of the equally shocked “Moonlight” folks when the error was discovered. Truly, if surrealist Luis Buñuel had had a writing credit on the program he could not have done it any better.

Finally, too, it was good to see the Academy of Motion Picture Arts and Sciences do what film festival juries often do, which is judiciously split their votes between many worthy contenders.

Having given “La La Land” six victories, including lead actress, director, original song and original score — twice as many as its nearest rival — it decided that giving a little more love to “Moonlight,” already with two Oscars, was the thing to do.

The fact that it came with the last and biggest award — and in such shocking fashion — made it all the more astonishing.

Signs of this had appeared earlier, when “La La Land” lost three key races it might have won: editing went to “Hacksaw Ridge,” original screenplay went to “Manchester By The Sea” and sound editing went to “Arrival.” The feeling of a sweep was never in the air.

And “Moonlight” turned out to be a very apropos choice for several reasons. For one, even though its coming of age story of a gay young black boy with a crack addicted mother does not sound like the kind of thing that would make old school moguls the Warner brothers or Harry Cohen stand up and cheer, in fact the enormous feeling of transcendent well-being that you feel by the film’s close put it closer in line with traditional Hollywood movies than might be imagined.

And this turned out to be a year when sending a message was clearly on voters’ minds, a trend exemplified by giving the foreign language award to Iran’s Asghar Farhadi and his “Salesman” at least in part, or so it seems, to protest the proposed presidential ban on travelers from seven Muslim countries. So giving best picture to a film that celebrates the beauty of being who you are was something that academy members could not resist doing.

Absent that impulse, “La La Land” would surely have won for the same reason it took those six Oscars. Charming though it is, it’s only tangentially a boy/girl love story. More centrally it’s a film about the insecurities of actors and performers and their hard-knock, rejection heavy lives, about how following a creative muse entails personal sacrifice and the death of a satisfying private life. What academy member couldn’t identify with that kind of romanticizing, or with leads whose lack of song and dance polish enhances their every-actor personas.

But in truth the appeal of “La La Land” to the academy goes even deeper than that. It speaks quite specifically to what might be called an existential crisis in the movie-making community, concerns about whether the industry can continue to have viability and relevance are widespread.

Seen in that context, “La La Land” emerges as a film for an age of insecurity and anxiety, a film that tells the people who make the movies that they and their artform still matter, that young people continue to care about the same things they do. The fact that Ryan Gosling’s Sebastian is a jazz pianist allows “La La Land” to deliver a series of gently coded messages about the movies to its anxious target audience.

Talking about jazz, but using words that could just as easily refer to the mainstream movie business, Sebastian insists “it’s very exciting and it’s dying. It’s dying on the vine and the world says let it die. Not on my watch.”

Obviously this kind of “don’t worry, we’ve got your back” appeal to Oscar voters was not a conscious plan, it just worked out that way this year. It just didn’t work out enough.

And as the news of “Moonlight’s” surprise victory sinks in, two other good things are likely to happen.

For one thing, it will likely encourage audiences to take a chance on the film that pulled the upset on the century, something that is all to the good. And maybe, just maybe, it will put a damper on the wave of Oscar prognisticators, all of whom predicted a “La La Land” victory.

The academy, the “Moonlight” victory showed, definitely does not want to be taken for granted.

Barry Jenkins, writer and director of"Moonlight," at the 2017 the Academy Awards. Jenkins won the Oscar for adapted screenplay and "Moonlight" won best picture.

Barry Jenkins, writer and director of"Moonlight," at the 2017 the Academy Awards. Jenkins won the Oscar for adapted screenplay and "Moonlight" won best picture.

Isabelle Huppert at the 2017 Ac.ademy Awards.

Isabelle Huppert at the 2017 Ac.ademy Awards.

'O.J.: Made in America' vanquishes boundaries as it wins the Oscar for documentary feature