Famagusta 7°
clear sky
BUSINESS EDUCATION ENTERTAINMENT HEALTH POLITICS SCIENCE SPORTS TECHNOLOGY
10:22 Four Benefits of Hiring a Dedicated Development Team
04:48 Mark Kelly, President of Safety Marking Inc., Discusses Structuring Effective...
17:58 Trump wants to play golf at the Biden swearing-in in Scotland - but is...
17:54 First doubts Regarding tightened Steps: two National Countries Extract...
10:39 Covid-19 : in France, the end of containment and entry into force of the...
04:34 The schools of Rome will use the Internet with light bulbs: what it is...
10:58 Kratom Tea: How Is It?
11:46 Office Furniture Products for you!
12:17 Top Clubs, Their Value, Revenue And Current Standings
11:14 Reasons Why Rewarding Yourself is a Good Practice
BIST
1542
GOLD
442.443
USD
7.3985
GPB
10.1603
EUR
9.0105
Breaking News
Online Etiquette Rules for Managing a Virtual Business
Close

It looks like Braeden’s storyline with the Desert Wolf was her final adventure on “Teen Wolf.” Actress Meagan Tandy revealed on Twitter that she won’t be returning to a certain job. While she didn’t name the show, it seems the MTV drama is the most... 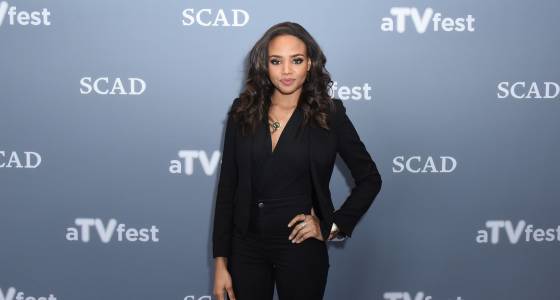 It looks like Braeden’s storyline with the Desert Wolf was her final adventure on “Teen Wolf.” Actress Meagan Tandy revealed on Twitter that she won’t be returning to a certain job. While she didn’t name the show, it seems the MTV drama is the most likely project that she’s referring to.

Tandy wrote on Twitter that she wanted to reprise a specific role. The writers created a storyline for her and she wanted to do it. However she wrote that it “didn’t work.” It isn’t clear what prevented her return, but the “UnREAL” alum noted that it wasn’t a choice she made.

Most of the fans who responded to the tweet believe Tandy to be speaking about “Teen Wolf.” She didn’t deny their suspicions, but she didn’t confirm them either. Instead she simply thanked “the fandom.”

Braeden used to be a U.S. Marshall, but her obsession with catching Malia’s (Shelley Hennig) birth mother actually led to her leaving the job. She ended up working as a mercenary. At the end of Season 5, viewers last saw Malia finally defeat the Desert Wolf (Marisol Nichols). Braeden disappeared after that. She wasn’t in the first half of “Teen Wolf” Season 6, but many expected her to be in the second half.

While it seems Braeden won’t appear in “Teen Wolf” Season 6B, other characters are expected to return. Showrunner Jeff Davis promised some exciting comebacks. “We’re going to have some appearances in the final season of people you haven’t seen in a long time,” Davis teased to TVLine last month.

Thus far, only Scott’s father (Matthew Del Negro) has been revealed as reappearing. Fans are really hoping that Derek (Tyler Hoechlin) finally makes his return as well, but no announcements have been made yet.

“Teen Wolf” Season 6B is set to return to MTV this summer.

Meagan Tandy likely won’t return to “Teen Wolf” for the final season. She is pictured at aTVfest 2017 presented by SCAD on Feb. 3, 2017 in Atlanta. Photo: Vivien Killilea/Getty Images for SCAD