TECHATTICUP MINE, NEV.-It’s the chisel lodged in the skeleton’s forehead that is the biggest reminder of the risks miners faced in 19th-century America. It’s also a reminder of how much love Tony and Bobbie Werly have poured into this... 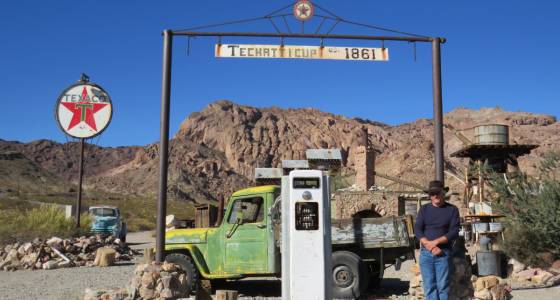 TECHATTICUP MINE, NEV.-It’s the chisel lodged in the skeleton’s forehead that is the biggest reminder of the risks miners faced in 19th-century America. It’s also a reminder of how much love Tony and Bobbie Werly have poured into this dusty corner of the state.

In the 1990s, the couple ran a canoe-rental business, offering excursions on the Colorado River. They’d become fascinated with the history of nearby Eldorado Canyon, once a prosperous gold-mining town. In 1994, they purchased a 20-hectare plot containing an old mine, some rusting miners’ cabins and a wrecked vehicle. The mine in question was Techatticup, and between 1861 and 1942 it was the U.S.’s most prosperous gold mine.

Tony and Bobbie set about restoring Techatticup — and its surroundings — to its former glory. The site is littered with objects that reflect its history, many of which have been purchased elsewhere before being lovingly restored. There are the remnants of an old gas station, some tin-roofed outhouses and several sand-blasted vintage cars.

Related story:6 places you must see in Vegas

One indicator of the Werlys’ success is the high-profile visitors who’ve dropped by. Man vs. Wild star Bear Grylls visited days before my arrival and pop star Beyoncé chose the setting for a photo shoot. Before my guided tour, I’m shown a clip from 3000 Miles to Graceland, parts of which were shot here. In the film, Kevin Costner blows up a gas station, sending a plane flying into the air. The aircraft’s remnants now rest near the mine’s entrance.

The mine’s remote location, wedged inside a canyon 72 kilometres south of Las Vegas, always meant tricky access for mere mortals. Now for the first time, it’s possible to see the mine as part of a tour that departs from Las Vegas. Detours of Nevada’s excursion starts in the city and includes a stop at Hoover Dam.

For Techatticup’s miners, life was tough. The barren landscape became a hideout for civil-war deserters, and gunfights occurred on a regular basis. In 1880, miner John Riggs said: “there never was another place where, in proportion to the population, so many murders were committed without the criminals being brought to trial or even apprehended.”

Conditions underground were even worse. “Miners worked in near-darkness alongside rats, wearing only underwear,” says our guide, Bruce Kniola, as he leads us into the mine. “The mercury regularly hit 120 F (49 C).”

Yet you can understand why people were happy to risk their lives mining this precious metal-rich part of the world. To put it into perspective, in 1872 Nevada produced $25.5 million worth of gold and silver. Montana, regarded as another prosperous gold state, produced $4.4 million.

Although much of the mine remains closed to the public, this hasn’t deterred Tony. Once inside the section open to visitors, through openings in the rock, I look down onto layers of softly lit tunnels, fitted with lights installed by Tony, who’s spent hours exploring these claustrophobia-inducing passageways. There’s still gold here (something he proves by swiping his torch across the glittering rock), but extracting it would cost as much as the reward. As for that ill-fated skeleton? It’s a replica of one discovered years ago. The miner in question made the mistake of using a piece of metal to hammer in some dynamite. When the metal struck the rock, the ensuing spark caused an explosion which fired the miner’s makeshift hammer into his head.

Lining the mine’s passageways are pictures from Techatticup’s heyday. Mules were used to carry loads but the stubborn creatures didn’t always want to play ball. Miners solved this problem by trussing them up and lowering them down shafts like sacks of potatoes. One photo shows a peeved-looking mule, belly up and legs tied together, ready to be lowered into the mine’s depths.

Other parts of the site are a gold mine in other ways. The saloon-style building where visitors gather for tours is filled with stuffed animals (including a rabbit with horns protruding from its head). In a freezer in the corner of the room, I find a pile of frozen rattlesnakes collected by Tony. It’s another reminder of how tough life was for those hoping to make their fortune here. One of the most amazing photographs depicts Las Vegas’s Fremont St. in 1905. Today, the city has a zip-line, dancing fountains and five-star hotels, but in the picture, there are just a few horse carts trotting down the dusty road.

These days, people chase their fortunes in casinos like the Golden Nugget rather than the gold-flecked Eldorado Canyon. The dreams of many Las Vegas visitors are the same as those of Techatticup’s miners — to hit the jackpot.

Tamara Hinson is a U.K-based writer. Her trip was sponsored by detoursnv.com, which didn’t review or approve this story.

Tamara Hinson is a U.K-based writer. Her trip was sponsored by detoursnv.com, which didn’t review or approve this story.

Get there: Various airlines, including Air Canada (aircanada.com) fly directly from Toronto to Las Vegas.

Stay: I stayed at Oasis at Gold Spike (oasisatgoldspike.com) in downtown Las Vegas. 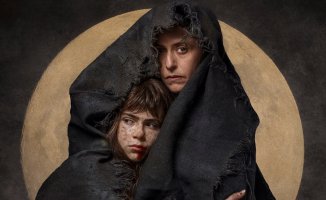 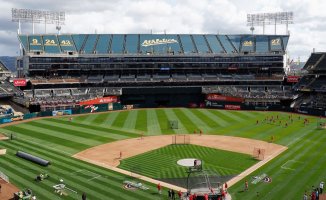