Six years ago I was in the hospital in serious condition. My mother passed away during this time and I couldn’t attend the funeral.My ex-wife of 20-plus years did attend the funeral, which I find very unorthodox and strange because she and my mother... 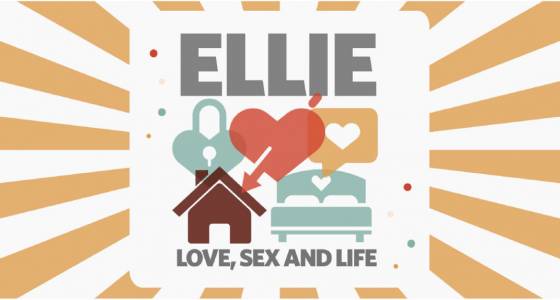 Six years ago I was in the hospital in serious condition. My mother passed away during this time and I couldn’t attend the funeral.

My ex-wife of 20-plus years did attend the funeral, which I find very unorthodox and strange because she and my mother were never close. My mother didn’t like her.

Friends of mine stated that it was out of respect for my mother, but I find this ridiculous since there was no relationship.

What do you think her intentions were in doing this strange act?

My ex did email me recently to ask where I was and why I wasn’t at the funeral as well.

Whether it was respect for your late mother or for your past relationship, her attendance at the funeral would usually not be considered a negative act.

So it’s just as odd that you’re still wondering about it six years later.

Especially since you could reply to her email and ask her why she attended.

However, I detect some suspicion from you which may suggest it’s best not to ask, lest you stir up issues between you and your ex.

Perhaps she thinks you inherited money from your mother, and sees some potential advantage to herself. If that’s on your list of what-ifs, talk to a lawyer to learn what’s possible in your case, regarding the rights of an ex-spouse to an inheritance received post-divorce.

My husband and I each have children from a previous marriage.

Initially, we lived very close to his mother and things were fine for several years.

When his children became adults, one was very rude to me.

Since then, my husband and I (but mostly me), have been excluded from family get-togethers.

When his mother had a holiday party with all family and friends except us, I had enough. We moved farther away so I can no longer see my own exclusion.

I told my mother-in-law how her behaviour made me feel. She was very defensive, but later said she wanted to “fix things.”

It’s been two years with no word from her since. But the family continues to invite my husband and exclude me and my adult children.

Also, there’s been no recognition of any birthdays or occasions for me or my children (whom she previously claimed were also her grandchildren).

My husband is stuck in the middle, though I encourage him to see them without me, and support him attending on holidays despite that I’m left without him.

I’m concerned about the toll it’s taking on him.

His mother is aware that she hurt me so it shouldn’t be up to me to try to mend things.

Am I being unnecessarily stubborn? My husband doesn’t think so, but is he just trying to keep the peace?

Sorry, but your husband is not “stuck” in the middle.

He was part of the move farther away from his mother, so understood how hurtful this exclusionary behaviour had become.

But you’ve made it easy for him to attend these events without you, when it’s simply wrong of his family — led by his mother’s example — to leave you out.

Worse, there’s been no explanation to you. The rude stepchild obviously reflected something that was believed about you, but no one’s given you a chance to clear the air.

Your husband should ask his mother and his adult children what this is all about.

You shouldn’t be left sitting home on holidays without your husband.

Tip of the day

When you suspect an ex’s motives, ask the question directly or get professional advice.