A young Lex Luthor (Aidan Fink) appeared in a couple of flashback scenes in Season 2, episode 12 o f “Supergirl.” But will an adult version of the character ever appear on the CW series?That very question was asked to executive producer Andrew Kreisberg... 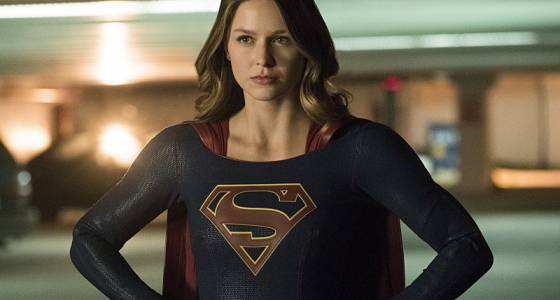 A young Lex Luthor (Aidan Fink) appeared in a couple of flashback scenes in Season 2, episode 12 o f “Supergirl.” But will an adult version of the character ever appear on the CW series?

That very question was asked to executive producer Andrew Kreisberg during a recent press event, and the exec producer’s answer implied that fans won’t see a grown-up Lex on the show anytime soon.

“That decision is above my pay grade,” Entertainment Weekly quoted Kreisberg as saying. “But I thought that kid (Fink) was great, and what was so sad is we were watching the casting things, and we were like, ‘Yeah that kid looks like he could grow up to be the most evil person in the world.’”

While fans may never see an adult Lex on the show — probably because Jesse Eisenberg is currently playing the exact same role on the big screen — Kreisberg revealed that Lex is somehow involved in the show’s Season 2 finale. According to the exec producer, viewers will find out in episode 22 what was in the box Lillian (Brenda Strong) discovered among Lex’s weapons in the Cadmus bunker back in episode 12.

While fans have to wait until the end of the season to know what’s inside that box, viewers won’t wait that long to find out the purpose of the alien ship seen at the Cadmus headquarters at the end of the Season 2, episode 13. Kreisberg said that more details about Lillian’s plans for the ship will be revealed as early as next week. But apparently, it is tied to her desire to eliminate all alien life on Earth and to whatever deal Jeremiah (Dean Cain) has with her.

“It’s a shimmy on Lillian’s desire to rid the Earth of aliens,” Kreisberg confirmed, according to TV Guide.

“Supergirl” executive producer Andrew Kreisberg explained why he can’t exactly say whether an adult version of Lex Luthor will ever appear on the CW series. Photo: The CW