Skip the Oscars. Tune in to the Donalds and watch Steve Bannon win for Costume Design: Menon | Toronto Star

Celebrities will gather in Hollywood on Sunday to protest Donald Trump.Welcome to the Academy Awards, an erstwhile celebration of the film industry that this year promises to be a political evisceration. Make no mistake: the mood is set to scorched earth.... 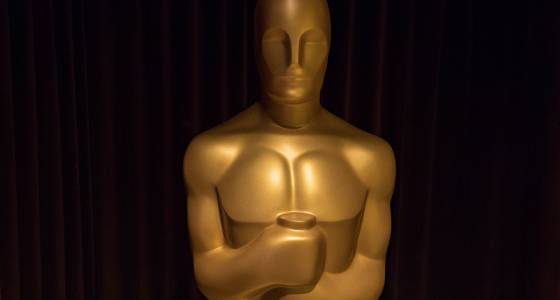 Celebrities will gather in Hollywood on Sunday to protest Donald Trump.

Welcome to the Academy Awards, an erstwhile celebration of the film industry that this year promises to be a political evisceration. Make no mistake: the mood is set to scorched earth. If you were to poll the stars arriving at the Dolby Theatre, you’d find Trump now has a lower approval rating than Satan.

Hosted by late night rascal Jimmy Kimmel, and beamed into more than 200 countries, the 2017 Oscars might as well be called the Donalds. Who wins will take a back seat to what the winner says about the perceived loser in the White House. There will be sermons on inclusion. There will be reprimands on hate and pointed reminders about what really makes America great. This will be the first year the orchestra is forced to pack extra rosin so it’s ready to play off endless speeches about freedom and democracy.

The red carpet festivities, which normally drag on longer than the Greco-Persian Wars, will serve as the amuse-bouche to this entrée of glamorous censure. At this moment, Ryan Seacrest is holed up in a penthouse and flanked by E! producers who are prepping him on recent executive orders: “OK, but should I ask about federal bathroom protections before or after Emma Stone tells me who she’s wearing?”

This is what happens when The Trump Show rides roughshod over award season. From Meryl Streep’s withering speech at the Golden Globes to A Tribe Called Quest’s blistering performance at the Grammys, from Katy Perry at the Brit Awards to everyone within spitting distance of a mic at the SAG Awards, the boldface is now in rally mode, locked into #resist, lit and woke, as galas that once simmered with self-flattery descend into scalding presidential roasts.

There is such a strong desire to harangue the bully-in-chief that it may be time for leaders in film, television, music, theatre and publishing to join forces and actually create the Donalds: a new award show in which mocking orange trophies are bestowed upon the liars, enablers, charlatans, traitors, conspirators, haters, hypocrites, swindlers and dilettantes in and around the Trump regime.

Broadcast live from the Statue of Liberty, the Donalds would feature A-list talent going to town on D-List government. This probably couldn’t be an annual event, since you never can predict impeachment or the precise moment someone decides to hightail it to Moscow to host a new hidden camera show.

So, fine, the Donalds will air monthly. This might even prove cathartic: “Please welcome J.K. Rowling and Alec Baldwin, here to present Best Costume Design ...”

“And the Donald goes to ... Steve Bannon! Stealing every scene by looking like a hobo who just climbed out of a dumpster after a nine hour bender at T.G.I. Fridays, the denim-and-fleece ensembles allow this veteran moon-faced misanthrope to connect with hypnotized audiences while waxing apocalyptically about The Fourth Turning and vowing to dismantle all global institutions, save for the ones that funnel Seinfeld royalties into his offshore accounts. Take a bow, Steve!”

The danger right now, without the Donalds, is that award shows are getting perilously close to becoming strident. The act of persuasion loses an amp or two of voltage each time a political statement is muffled between shout-outs to agents and spouses. Remember, it’s only the second month of this presidency.

That’s why it’s best to keep awards and politics separate.

There’s less chance of cross-contamination between the frivolous and the serious.

So the Donalds would serve twin purposes: 1. They would give Hollywood an exclusive platform in which to excoriate Washington without the nagging distraction of self-congratulation. 2. They would allow established celebrations to return to a primary function as an escape from politics.

Imagine the heft of rotating monologues from Stephen Colbert, John Oliver, Seth Meyers and Samantha Bee. Think about the musical performances, everyone from John Legend to Bruce Springsteen. Who knows, maybe broadcast stars fronted by Joe Scarborough could form a group — Enemy of The People — and be the house band: Man, that Jake Tapper is just killing it on the bongos tonight.

Plus, there’d never be a shortage of luminaries eager to hand out the Donalds each month. This would be a chance to unburden in an optimal setting.

Jennifer Lawrence: “The Donald for Best Original Score goes to … Sean Spicer and the involuntary grunts he makes while dodging questions in tortured doublespeak at his daily press briefings.”

Stephen King: “The Donald for Best Visual Effects goes to … Stephen Miller’s dreamscape each night as he fantasizes about berating immigrant toddlers while dressed as a cross between Goebbels and Droopy the Dog.”

Louis CK: “The Donald for Best Actress goes to … Melania Trump for her powerful performance in The First Lady Can’t Take Much More of This, which is sure to lead to next year’s blockbuster sequel, The First Lady Has Escaped And Is Believed To Be Living Under An Assumed Identity In Ljubljana.”

Sponsored by Nordstrom and the CIA, the Donalds is exactly what we need right now: an award show that is powered, and not derailed, by politics.