Sinead O’Connor was admitted to the hospital, just days after her teenage son died.

Sinead O'Connor was admitted to the hospital one week after her 17 year-old son died. 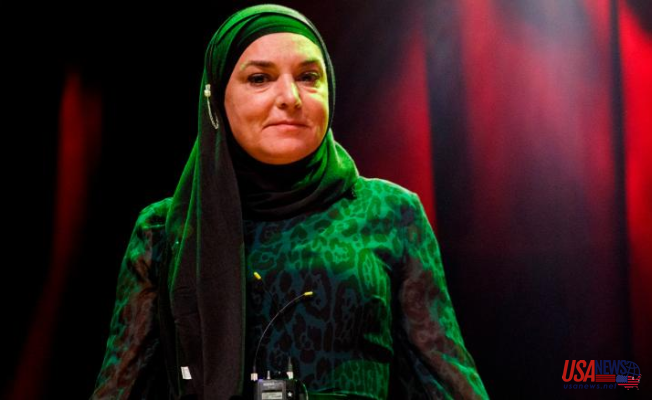 On Thursday night, the "Nothing Compares 2U" singer announced to her fans that she was headed to the hospital to get help following a series disturbing tweets in which she stated that she had planned to end her life.

"I have decided to follow my son. It is impossible to live without him. Every thing I touch, I destroy. He was the only reason I stayed. He's gone," she wrote in an unidentified Twitter account that was linked to her official account.

O'Connor, who has spoken out about her mental health and suicidal thoughts and struggles in the past, said that she felt "lost" and blamed herself for the death of her teenage son.

The mother of four followed the thread one hour later, apologizing for her alarming posts, and assuring her fans that she was seeking medical attention.

"I'm sorry. "I shouldn't have said this. I am now with the police on my way to the hospital. She posted: "I'm sorry I caused trouble for everyone," and added: "I am lost with my child and I hate me. Hospital will be helpful for a while. But, I'm going find Shane. It's just a delay.

CNN was not able to get comment from O'Connor's representatives.

Shane O'Connor's body found on January 7th, two days after he disappeared, according to his management. CNN confirmed this on Saturday.

O'Connor posted his death to Twitter, stating that her "beautiful son" "decided end his earthly struggle."

She wrote, "Nevi’im Nesta Ali Shane OmConnor, the light of my life decided to end his earthly struggle now and is now with God." "May he rest in peace, and may no one copy his example. My baby. You are so loved by me. Please be at ease."