See all 11 lighthouses of the Oregon coast

In 1857, the first federal lighthouse on the Oregon coast lit up - a shining beacon for ships at the mouth of the Umpqua River. Four years later, it collapsed into the river. It wasn't a great start to the storied history of Oregon lighthouses, but it did... 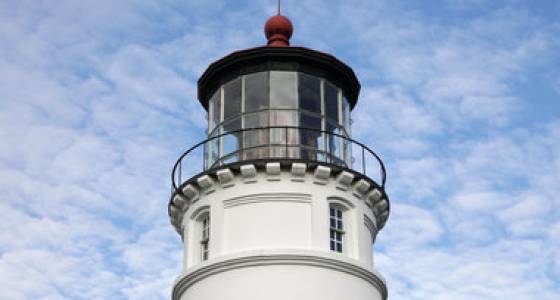 In 1857, the first federal lighthouse on the Oregon coast lit up - a shining beacon for ships at the mouth of the Umpqua River. Four years later, it collapsed into the river.

It wasn't a great start to the storied history of Oregon lighthouses, but it did make sense - the Pacific Ocean is punishing on the rugged northwest coastline, a situation that was treacherous for both ships and lighthouses alike.

Today, 11 lighthouses remain along the coast. Some are public, others private. Some are old, others recent additions. Together they represent a crucial element of Oregon's maritime past, when a lighthouse could mean the difference between safe passage and disaster. And even though nearly a dozen beacons lit up the coast, hundreds of vessels still met their fates on the huge waves and jagged rocks of the Oregon coast.

The importance of lighthouses for ships has faded in the 21st century, but they're still strong beacons for visitors by land. Take a beautiful lighthouse road trip down the Oregon coast, and see the structures that made all the difference for yourself.

A wave crashes over the Tillamook Rock Lighthouse off the Oregon coast.Brad LaChappelle/Oregonian File Photo

You'll need a pair of binoculars to get a good look at the Tillamook Rock lighthouse, easily the most dramatically-placed beacon in Oregon. Constructed atop a rock more than a mile out to sea, the lighthouse was first lit in 1881, abandoned in 1957 due to the expenses of keeping up with wear and tear from punishing waves. Tillamook Rock is not open to the public, but is visible from Ecola State Park near Cannon Beach.

The lovely Cape Meares Lighthouse lacks the drama of its neighbor to the north, and is easily accessible to the public. First lit in 1890, the lighthouse was cared for by a number of families over the years, and today is managed by the Oregon Parks and Recreation Department. See it at the Cape Meares State Scenic Viewpoint, which is also home to the popular octopus tree.

Open April through October, daily from 11 a.m. to 4 p.m.; no reservations required

Yaquina Head is the tallest lighthouse in Oregon, standing 93 feet tall, a full 162 feet above sea level. It was first lit in 1873 and managed by three keepers. It has withstood fierce storms and a lightning strike on its way to the 21st century, remaining one of the most popular lighthouses on the coast. You can see it at the Yaquina Head Outstanding Natural Area north of Newport.

Open year-round for ranger-led tours, times vary; reservations must be made in person

Only in operation for three years, the Yaquina Bay lighthouse was a beautiful but controversial project that led to its abandonment for several decades. In 1974, a century after its light was extinguished, the lighthouse was fully restored and opened to the public. Today you can visit it at the Yaquina Bay State Recreation Site in Newport.

Cleft of the Rock

A privately-owned lighthouse, Cleft of the Rock was built in 1976 by Jim Gibbs, former keeper of Tillamook Rock. The structure, built on a cliff 110 feet above the Pacific, is a replica of the Fiddle Reef Lighthouse on Vancouver Island. Cleft of the Rock is closed to the public, but can be seen from Highway 101 or the Amanda Trail south of Yachats.

One of the most popular and scenic lighthouses on the Oregon coast, Heceta Head features beautiful architecture in a stunning setting north of Florence. Several families cared for and lived at the lighthouse between 1894 and 1932, and today it's a part of an Oregon state park. Heceta Head is also visible from the Sea Lion Caves.

The Umpqua River was the site of Oregon's first lighthouse - the doomed beacon that only last four years - but as the river became an important shipping channel, plans began for a new lighthouse, this time perched 100 feet above the Pacific Ocean. Today the lighthouse is managed by Douglas County Parks in the Umpqua Lighthouse State Park.

Open May through October, tours from 10 a.m. to 4 p.m. (some nighttime and off-season tours offered); no reservation required

Cape Arago is easily the most difficult lighthouse to find on the Oregon coast. Perched on a rock off the southern coast, the single lighthouse is all that remains from a large complex of buildings - including two other lighthouses - once accessible from the mainland by bridge. Today, that access is gone, limiting views of the lighthouse to far-away viewpoints at Sunset Bay and Yoakam Point State Parks.

Perched on the north jetty of the Coquille River in Bandon, the Coquille River Lighthouse has survived several scares since it was first lit in 1896. Two schooners hit the jetty only eight years apart, in 1897 and 1905. Then, in 1936, all but 16 buildings in Bandon were destroyed in a forest fire. The lighthouse was abandoned in 1939, and reopened to the public in 1979 as part of Bullards Beach State Park.

Partially open to the public from mid-May through September, 11 a.m. to 5 p.m.; no reservations required

Built in a majestic setting on a grassy cliff more than 200 feet above the ocean, the Cape Blanco lighthouse was lit back in 1870, managed by keepers James Langlois and James Hughes for four decades. Today the scenic lighthouse is part of Cape Blanco State Park.

Open for tours from April through October, Wednesday through Monday, 10 a.m. to 3:30 p.m.; no reservations required

Oregon's newest lighthouse, Pelican Bay was first lit in 1999, becoming the second private lighthouse in Oregon to be officially commissioned by the U.S. Coast Guard. Located on a cliff above Brookings, it's also the southernmost lighthouse on the coast. You can find it near Brookings Harbor, where the lighthouse is visible on a hill behind a Best Western hotel. 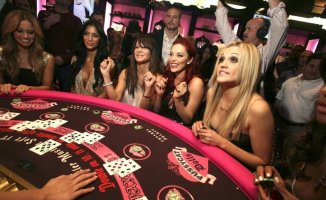 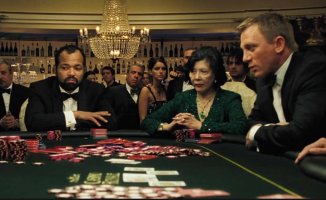