Richard Hammond, presenter for The Grand Tour, has vowed to return after suffering severe knee damage during a practice run days ago. The host had metal pins inserted into his knee, and stated that he had two sleepless nights and hours of surgery following the crash. 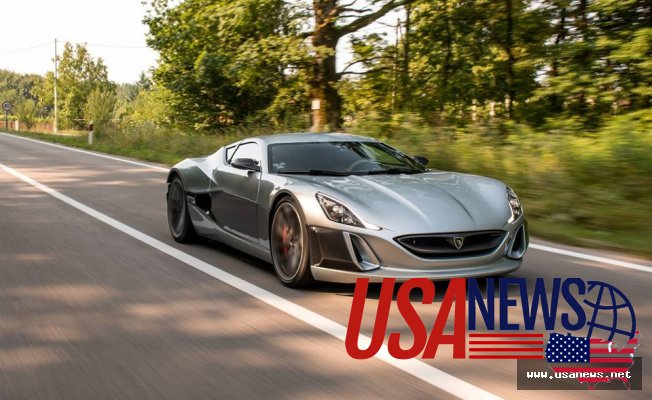 Richard Hammond, presenter for The Grand Tour, has vowed to return after suffering severe knee damage during a practice run days ago. The host had metal pins inserted into his knee, and stated that he had two sleepless nights and hours of surgery following the crash.

The crash occurred in Switzerland on June 10 when the presenter was driving an electric super car called the "Rimac Concept One." The vehicle, driven during the filming of The Grand Tour's second season, is completely destroyed, according to reports.

Reports suggest that Hammond was driving the vehicle at 120 mph when he lost control of the vehicle.

Hammond quickly crawled out of the vehicle before it burst into flames. He is no stranger to accidents, as he was previously injured in a motorcycle accident while filming. Hammond vowed to never do any more stunts after the accident, and Saturday's accident may help him keep that promise.

The quick-thinking host had enough time to unbuckle his seat belt and leave the vehicle. The concept vehicle, built in Croatia, is valued at £2 million.

Security quickly rushed to the scene of the accident, helping pull Hammond further away from the wreckage.

Witnesses state that Hammond would "not be here" if he had not crawled out of the vehicle.

Hammond was immediately airlifted from the scene of the accident, suffering a fractured knee as a result of the crash. He was conscious and talking following the accident and was flown to St. Gallen for medical examination. The crash was witnessed by co-host Jeremy Clarkson, who tweeted, "It was the biggest crash I've ever seen and the most frightening but incredible, and thankfully, Richard seems to be mostly OK."

Clarkson stated that his legs felt like "jelly" when he saw the accident. He wrote in a column for Drive Tribe: "I genuinely thought he was dead," speaking of Hammond.

Mindy, Hammond's wife, remained by her husband's side following the incident. Medical staff at the St. Gallen hospital kept the host for an additional 24-hour observation to ensure that no further injuries presented.

Questions pertaining to the accident were referred to the race organizers. The accident didn't pose a risk to the public and occurred on a cordoned-off racetrack.

"No accident is nice for us," states Marco Moser, a spokesperson for the race organizers. "Demonstration runs are intended to showcase unusual vehicles and offer spectators something special," he claims. "We're happy that Richard Hammond is doing well, under the circumstances," he said.

Hammond, known for driving fast vehicles, was injured in a 2006 crash when he tried breaking Britain's land speed record. He suffered brain injuries and returned to Top Gear, the show he was filming at the time, a few months later.

The cause of the accident has been undetermined at this time. Investigation into the crash is ongoing.

Clarkson stated that the accident will impact the filming of the show's second season. Scripts are being rewritten and episodes must be changed because Hammond will not be allowed back behind the wheel for several months while he recovers.