R&B star will lead lineup for RiverJazz 2017 in Bethlehem

Aaron Neville arrives at the 2015 MusiCares Person of the Year event at the Los Angeles Convention Center on Friday, Feb. 6, 2015 in Los Angeles. (Photo by Richard Shotwell/Invision/AP)  RiverJazz is returning to Bethlehem in May and June with... 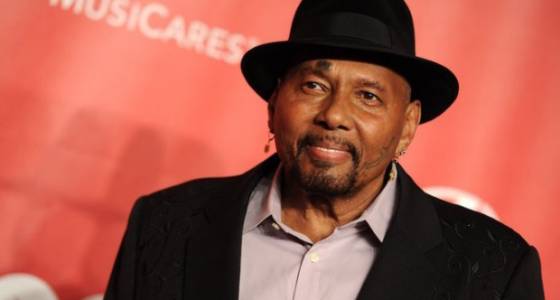 Aaron Neville arrives at the 2015 MusiCares Person of the Year event at the Los Angeles Convention Center on Friday, Feb. 6, 2015 in Los Angeles. (Photo by Richard Shotwell/Invision/AP)


RiverJazz is returning to Bethlehem in May and June with a lineup of jazz, soul and more.

Aaron Neville, the R&B icon behind the hit "Don't Know Much," will headline the monthlong spring concert series. The 76-year-old singer will perform on June 16 at 8 p.m. at the Musikfest Cafe at SteelStacks. Tickets to the show will cost $49 to $59.

Over the course of a career dating to 1960, Neville has put out four platinum albums of his smooth sound. He's known for duets with the singer Linda Ronstadt and for his work with his siblings as The Neville Brothers. Neville performed in Bethlehem in 2013 at the Zoellner Arts Center.

Also headlining RiverJazz will be swing revivalists the Cherry Poppin' Daddies, elite horn-players the Dirty Dozen Brass Band and the neo-soul keyboardist Robert Glasper, all at the Musikfest Cafe.

The Dirty Dozen Brass Band, who have collaborated with the likes of David Bowie, Elvis Costello, Modest Mouse and Dave Matthews Band over the last 35 years, plays May 26 at 8 p.m.

More lineup announcements are on the way, including free shows from local jazz acts at a Community Stage.