The 2017 Oscars ceremony is coming up soon, and you know what means. Hollywood's big names are preparing their acceptance speeches, wondering who to thank, and pondering which political points to make. Jimmy Kimmel is finalizing his jokes. And the rest... 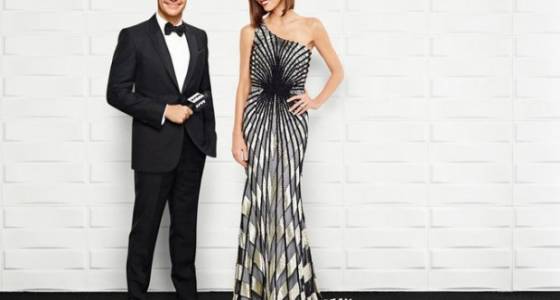 The 2017 Oscars ceremony is coming up soon, and you know what means. Hollywood's big names are preparing their acceptance speeches, wondering who to thank, and pondering which political points to make.

Jimmy Kimmel is finalizing his jokes. And the rest of us are desperately hurrying to catch up on the nominated films, including "La La Land," "Moonlight," "Hell or High Water," "Lion," "Hidden Figures," "Hacksaw Ridge," "Arrival," "Fences" and "Manchester By the Sea."

Before the Oscars show begins though, TV will be swarming all over the red carpet, bringing us hours of questions about gowns, tuxes, designers, borrowed jewels and more comments than anyone will ever need about what is or isn't "on trend."

And, given what we've seen so far this year at awards shows, there may be politically themed comments coming from the carpet, too. Though, to be honest, I'm not anticipating that Ryan Seacrest or Giuliana Rancic will be asking celebs what they think of Donald Trump during the E! red carpet special.

So, if you're looking for the most escapist entertainment on Oscar Sunday, red carpet coverage is there for you.

Here's what you need to know about what will be on, what channel and streaming options:

"Countdown to the Red Carpet": Long before any actual stars appear on the red carpet, E! will be out in force, with their usual array of time-filling trivia and tidbits. On hand will be Catt Sadler, Jason Kennedy, Ross Mathews, Kristin Cavallari, Zuri Hall, Dave Karger, Brad Goreski and Kris Jenner -- like she needs any more airtime on E! (10:30 a.m. Sunday, Feb. 26, E!)

Streaming: Portland isn't one of the cities that has access to a live stream via abc.com. But the second screen experience, "The Oscars: All Access," will stream from the red carpet and backstage, beginning at 4 p.m. on Oscar.com. This won't include the Oscars ceremony, but will feature behind-the-scenes content and interviews. Facebook Live (facebookcom.TheAcademy) will also broadcast the "All Access" live stream.