Oscars 2017: The politics of dancing around the hard truths

How predictable is the 89th annual Oscars ceremony going to be?We can certainly expect a lot of anti-Trump Administration statements, like we’ve been hearing at Hollywood awards shows big, small and pointless all year.Folks at the academy’s... 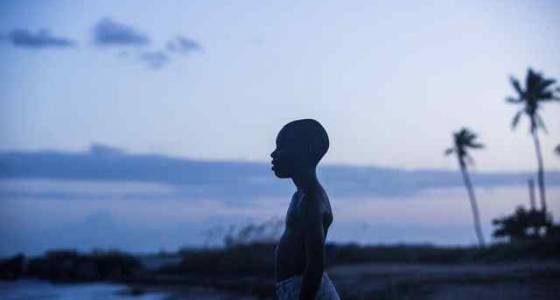 How predictable is the 89th annual Oscars ceremony going to be?

We can certainly expect a lot of anti-Trump Administration statements, like we’ve been hearing at Hollywood awards shows big, small and pointless all year.

Folks at the academy’s shindig are also likely to congratulate their organization for all the nominees of color it’s managed to appreciate this year, while also noting that there’s still a long way to go, industry inclusiveness-wise.

And then they’ll give most of the awards to the self-absorbed musical about the nice, attractive white people who achieve some of their showbiz dreams.

Yes, it’s a little more than ironic that in this supercharged moment of political positioning, the often socially conscious — and just as often culturally tone deaf — Oscars are bound to throw their statuette weight behind a thing called “La La Land.”

Not to say that Damien Chazelle’s canny update of the classic song-and-dance genre isn’t an aesthetic achievement. It is, but it also feels a tad thin to be coming into Sunday night with a record-tying 14 nominations (only “All About Eve” and “Titanic” have done that before). When it soft shoes away with the best-picture trophy, as it’s 99 percent certain to, “La La” will also become the fourth movie about show business to take that top prize this decade.

That bubble conservatives like to accuse Hollywood of living in? Probably going to look much bubblier on Monday, no matter how much righteous truth is spoken on the Dolby stage the night before.

Chances of righteous upsets in the top two categories look pretty slim. Sure, the more relevant-to-now, albeit nonconfrontationally 1960s-set, “Hidden Figures” is more popular and designed to be easier to like than “La La.” But those who love “La La” really love it, and that’s important for the weird, weighted balloting system the academy uses. Additionally, in most relevant guild prelims (that SAG award “Figures” won really is for best ensemble — Chazelle’s film didn’t have one — not picture), the musical has proven itself the establishment favorite.

As for best director, wouldn’t it be lovely to finally present that award to an African-American? Especially since Barry Jenkins’ “Moonlight” is both the most artistic and most embracingly diverse release of 2016. Give the gifted Jenkins a 10 percent chance of knocking the also gifted Chazelle out of this race.

In the acting categories, the odds are better. “Fences’ ” Viola Davis is a mortal lock for best supporting actress, and her co-star, Denzel Washington, has been gaining momentum on “Manchester by the Sea’s” Casey Affleck (that SAG best-actor award DOES correspond to the academy’s, in which actors are the biggest chunk of the membership). Washington does the MOST acting of any of the nominees as well, and that always impresses Oscar voters. The fact that he shouts it all out with nuanced brilliance doesn’t hurt, of course.

Mahershala Ali’s quiet, empathetic portrayal of “Moonlight’s” nurturing drug dealer is the opposite kind of movie acting, but it’s so memorable it should land the well-liked thesp the best supporting actor trophy. Possible spoiler here is Dev Patel, whose angsty turn may have been the least likable element of “Lion,” a film the academy’s vast sentimentalist caucus otherwise adored but which Harvey Weinstein probably can’t swing wins for in other categories.

Anybody who’s ever seen a French film loves Isabelle Huppert. “Elle” sports one of the boldest and most ingenious performances of the 130-odd she’s done. The Oscar’s going to “La La Land’s” Emma Stone.

The most interesting race this year is best foreign language film. 2016’s top movie among critics, Germany’s “Toni Erdmann,” seemed destined to win for the longest time and may even have gotten a bit of a boost from the recent announcement that Jack Nicholson wants to come out of de facto retirement for the American remake. “Erdmann,” however, has proven too demanding for a lot of folks, and a lot of folks like that are in the academy.

Fortunately, a really terrific film, Iran’s “The Salesman,” is also in the FLF running, and since its director, Asghar Farhadi, refused to attend Sunday’s ceremony in protest over Trump’s Muslim travel ban, the conventional wisdom’s been that subtitle-reading social justice lovers will flock to that one’s cause.

I hope so; “Salesman’s” my favorite nominee, controversy or not. But since I always expect the academy to follow its lamest instincts, I’ll propose that the winner could be Sweden’s “A Man Called Ove,” one of those mawkish gag reflex-ticklers about a grumpy old person whose heart is melted by adorable foreign kids. And in “Ove,” the kids are Muslim, enabling voters to have their “Lion” and “Salesman,” too.

All categories considered, reckon “La La” will end the evening with 10 statuettes, including both music ones. If it nails an 11th — the perennial “what the heck is that?” sound editing contest looks like the tipper if favorite “Hacksaw Ridge” falls — that will place the musical among the all-time top winners “Ben-Hur” (’59’s, not last summer’s), “Titanic” and “The Lord of the Rings: The Return of the King.”

Probably two each for “Fences” and “Moonlight.” “O.J.: Made in America” or “I Am Not Your Negro” takes best documentary feature. Anti-prejudice parable “Zootopia” should land best animated feature, the other Indian moppet movie “The Jungle Book” ditto best visual effects. If all this comes true, Oscar hardware distribution should somewhat resemble the rhetoric we’ll hear onstage.

Then everyone involved with the 89th Academy Awards can go do what they really want to do and dance the night away.