Multiple Academy Award winning Hollywood actress Meryl Streep got embroiled in a public war of words with Chanel designer Karl Lagerfeld a few days before the Oscars 2017. The fashion legend started a public battle with the actress over a Chanel... 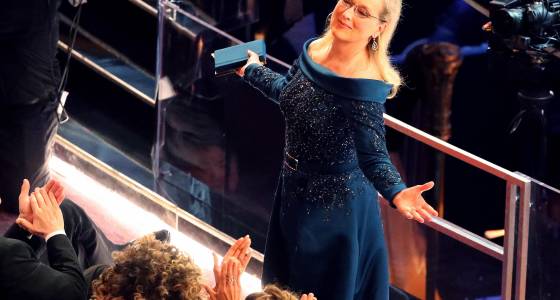 Multiple Academy Award winning Hollywood actress Meryl Streep got embroiled in a public war of words with Chanel designer Karl Lagerfeld a few days before the Oscars 2017. The fashion legend started a public battle with the actress over a Chanel gown, which he said he had started to work on for Streep to wear during Sunday's ceremony in Los Angeles.

Lagerfeld claimed Streep had turned down the chance to wear his dress as Chanel was not paying her a fee for it. Instead, he alleged, Streep went with another fashion brand that offered a fee.

However, in a statement released last week, the House of Chanel said that it had "engaged in conversations with Ms. Streep’s stylist to design a dress for her to wear to the Academy Awards, with the full understanding that she was considering options from other design houses."

"When informed by the stylist that Ms. Streep had chosen a dress by another designer there was no mention of the reason. Chanel wishes to express our continued and deep respect for Ms. Streep," the statement, as reported by multiple media outlets, read.

Lagerfeld too released a statement to Women’s Wear daily, explaining that the issue was a misunderstanding.

"I regret this controversy and wish Ms. Streep well with her 20th Academy Award nomination," he said.

Responding to Lagerfeld's comments, Streep said in a statement to People magazine: "In reference to Lagerfeld’s ‘statement,’ there is no ‘controversy’: Karl Lagerfeld, a prominent designer, defamed me, my stylist, and the illustrious designer whose dress I chose to wear, in an important industry publication."

“That publication printed this defamation, unchecked. Subsequently, the story was picked up globally, and continues, globally, to overwhelm my appearance at the Oscars, on the occasion of my record breaking 20th nomination, and to eclipse this honor in the eyes of the media, my colleagues and the audience," Streep added.

During Sunday's Academy Awards ceremony, Streep — nominated for her role in "Florence Foster Jenkins" — was seen wearing a royal blue gown designed by Elie Saab. The actress, styled by Micaela Erlanger, paired her look with a slim ankle trouser.

Though Streep looked stunning as she posed in her gown at the Oscars, she had her own "embarrassing" moment when she tripped. However, she saved herself from a complete fall.