The 89th Academy Awards take off tonight, but first the city of stars must primp and practice for the red carpet. Follow us all day to find out what happened behind the scenes at the Oscar rehearsals, what host Jimmy Kimmel has planned for the big show, and... 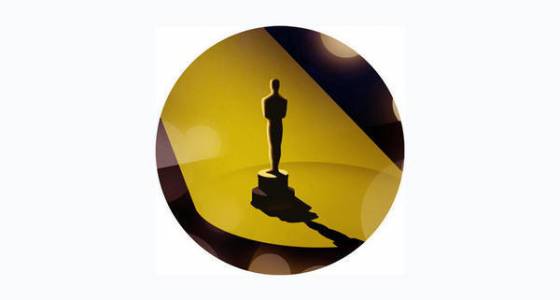 The 89th Academy Awards take off tonight, but first the city of stars must primp and practice for the red carpet. Follow us all day to find out what happened behind the scenes at the Oscar rehearsals, what host Jimmy Kimmel has planned for the big show, and who we think will take home Oscar gold.

“La La Land” is in the lead with 14 Oscar nominations including actor, actress, director and picture. That ties the record shared with "All About Eve" and "Titanic." Close behind is "Arrival" and "Moonlight," each with eight nominations. Also in the running is Ava DuVernay’s Netflix documentary “13th.”

John Legend, Justin Timeberlake, Lin-Manuel Miranda and Sting will be performing the nominated original songs. But will Ryan Gosling and Emma Stone (both nominated for "La La Land") join onstage for a little looking-at-your-feet soft-shoe? Only time will tell.

· The complete list of Oscar nominations
· What time are the Oscars on?
· PHOTOS: L.A. Times portraits of the nominees for the 2017 Academy Awards

The drama over Meryl Streep's Oscar dress has escalated from a catty call out to total Streep throw down. Karl Lagerfeld should know better than to mess with the 20 time Oscar nominee.

Days after Karl Lagerfeld​ told Women's Wear Daily that Streep would wear only a dress made by a fashion line that paid her to do so, the actress has fired back at the Chanel designer in a ​impassioned​ statement.

"Karl Lagerfeld, a prominent designer, defamed me, my stylist and the illustrious designer whose dress I chose to wear, in an important industry publication," the 67-year-old said on Saturday.

​Furthermore, Streep said, the so-called "controversy" —  yes, she used this word in quotes — has become such a popular story that the news is getting more traction than her best actress nod for "Florence Foster Jenkins."

​"[T]​he story was picked up globally, and continues, globally, to overwhelm my appearance at the Oscars ​on the occasion of my record-breaking 20th nomination, and to eclipse this honor in the eyes of the media, my colleagues and the audience."

While it remains to be seen whom Streep will be wearing in front of the flashbulbs Sunday, it obviously won't be Chanel. Lagerfeld said Chanel initially planned to dress Streep for the big night, but after sketching a gown and beginning production, he was told "Don't continue the dress. We found somebody who will pay us."

Streep's camp responded to the WWD remarks Thursday, insisting it was against her morals to accept payment for wearing a dress. Chanel followed up by saying the fashion house understood she was "considering options" from other designers, and that "when informed ... that Ms. Streep had chosen a dress by another designer there was no mention of the reason."

That response clearly didn't suffice for the star, who on Saturday said she still wants an apology from both Lagerfeld and WWD.

"I do not take this lightly, and Mr. Lagerfeld's generic 'statement' of regret for this 'controversy' was not an apology. He lied, they printed the lie, and I am still waiting."

There was plenty of star power in the room even before America's entertainment King and Queen arrived: Lin-Manuel Miranda, Salman Rushdie, Nicole Kidman.

But when Beyoncé and Jay Z strolled into The Weinstein Co.'s pre-Oscar dinner at 10:45 on Saturday evening, no one else seemed to matter. Just a few minutes after the famous couple entered the party -- flanked by a half-dozen hulking bodyguards -- Harvey Weinstein made an announcement.

The studio head ran back up on the stage where Cynthia Erivo, Christopher Jackson and Corbin Bleu had just finished performing a handful of songs from the Broadway musical "In the Heights" to request the musicians re-do the first five minutes of their act so that Bey and Jay could watch.

The performers must have been members of the Beyhive, because they immediately obliged.

So why were the soon-to-be parents of twins at the Montage Beverly Hills on Saturday night? Perhaps their cameo was due to the  docu-series Jay Z about Kalief Browder with Weinstein, that's set to air on Spike TV next week.

Or maybe they're just big fans of "Lion," the company's film vying for best picture on Sunday. We tried to get close enough to the couple to ask which movie they'd be rooting for tomorrow, but no such luck -- not only were bodyguards blocking every potential angle.

Alas, at least we had another couple to admire: "Lion" co-stars Dev Patel and 8-year-old Sunny Pawar, whose adorable friendship has frankly been the highlight of our award season.

Though he fell asleep at the Golden Globes last month, Pawar seems to have the late-night party scene down by now. He and his dad left only a few minutes before Beyoncé and Jay Z, who only lasted at the party for about a half an hour.

Pop the Champagne, shimmy into that gown and call the limo — it’s time for the Oscars, darling.

While the majority of us are more likely to call an Uber and cozy up on a friend’s couch in sweats to watch the ultra-glam event, that doesn’t change the fact that the 89th Academy Awards are Sunday.

What time does the show start? And on what channel?

The film industry’s marquee event, which will be hosted by the Academy of Motion Picture Arts and Sciences at the Dolby Theatre in Hollywood, will air live on ABC starting at 5:30  p.m. Pacific.

Pre-show festivities, including “The Oscars: All Access,” will kick off on the network and online via live stream at 4 p.m. Pacific.

Who are the nominees?

Awards will be handed out in 24 categories during the telecast, and diversity is far more prevalent in this year’s class, with nonwhite actors nominated in every acting category. Meanwhile, Damien Chazelle’s musical, “La La Land,” dominated the nominations tally, pulling down 14, including for lead actor, lead actress, director and best picture. Here is the complete list of Oscar nominations

Walking the Oscars’ red carpet is a chore even under the best of circumstances. When you’re several months pregnant? Forget it.

At least, that’s what Natalie Portman is saying. The Oscar nominee, lauded in the lead actress category for playing Jacqueline Kennedy in the biopic “Jackie,” has announced she won’t be attending Sunday’s ceremony, citing her pregnancy. Portman is in her third trimester.

"I feel so lucky to be honored among my fellow nominees and wish them the most beautiful of weekends,” Portman said in a statement.

Portman was pregnant with her first child, her son, Aleph, when she won the Oscar in 2011 for “Black Swan.” Referring to her impending motherhood, she thanked choreographer Benjamin Millepied, now her husband, for giving her "the most important role of [her] life."

Before the winners of the 89th Academy Awards are announced, refresh your memory of the complete field of nominees.

A quick recap: "La La Land" was the top nominee notching a record-tying 14 nominations. "Moonlight" and "Arrival" followed with 8 nods each.

Additionally, after back-to-back years where the academy failed to recognize any non-white actors, the 2017 Awards saw each of the four acting categories feature at least one nominee of color.