PICTUREPrediction: “La La Land”Preference: “La La Land.” Simply the best film all around, smartly conceived, cleverly shot, uplifting, romantic and fun with a serious undertone with a nod to the old but ultimately a story for today.ACTORPrediction:... 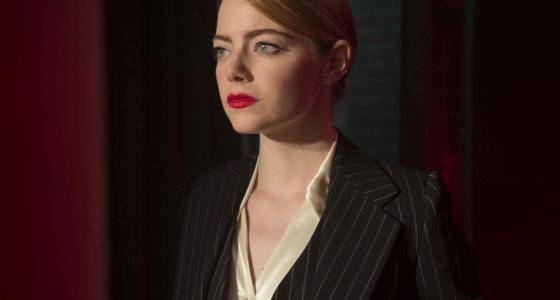 Preference: “La La Land.” Simply the best film all around, smartly conceived, cleverly shot, uplifting, romantic and fun with a serious undertone with a nod to the old but ultimately a story for today.

Preference: Washington. The Oscar-winning actor already performed the role of the embittered ex-ballplayer on Broadway, and the filmed version of the August Wilson play comes across as too stagey, but it’s impossible to deny Washington’s power. Casey Affleck gave his role as a man burdened by tragedy in “Manchester by the Sea” an understated strength, but I prefer the firepower.

Preference: Stone. It’s hard to imagine the film without Stone’s engaging performance. She is the MVP of the best film. A shout-out, though, to Isabelle Huppert for “Elle.”

Preference: Ali. A tough one, but I’ve always admired Ali, who shines as a drug dealer with a heart in the drama, but he had relatively little time on screen. (Not that that matters to Oscar folk: Judi Dench needed less than eight minutes to win.) Close runner-up is Lucas Hedges in “Manchester by the Sea” for a weighty role.

Preference: Like Stone, Davis has swept all the major awards. It took someone of her caliber to match Washington on screen.

Preference: Chazelle. The film is such an accomplishment — right from that opening sequence filmed on an L.A. freeway ramp with traffic below — that it’s impossible not to give the trophy. Props to Barry Jenkins for giving “Moonlight” a shimmer, but my second pick would be Denis Villeneuve for his intricate sci-fi film “Arrival.”

Prediction: Kenneth Lonergan for “Manchester by the Sea”

Preference: Damien Chazelle for “La La Land.” Playwright Lonergan will probably get the edge since voters will likely want to give something to his dour drama, but Chazelle’s script is loaded with imagination.

Preference: Eric Heisserer for “Arrival.” “Moonlight” is a movingly beautiful script, and Jenkins should be recognized, but Heisserer’s screenplay based on a story by Ted Chiang also has appeal on an intellectual level.

Prediction: “City of Stars” from “La La Land,” composed by Justin Hurwitz with lyrics by Benj Pasek and Justin Paul.

Preference: “City of Stars.” Not sure it’s even the best song in the film. “Audition” is the showstopper, but “City of Stars” is the soul of the musical.