It was an Oscar night with two endings: the first one and the right one.The 89th addition of the Academy Awards will be remembered as the show that nearly gave away the top prize to the wrong film.It happened when presenters Warren Beatty and with Faye Dunaway... 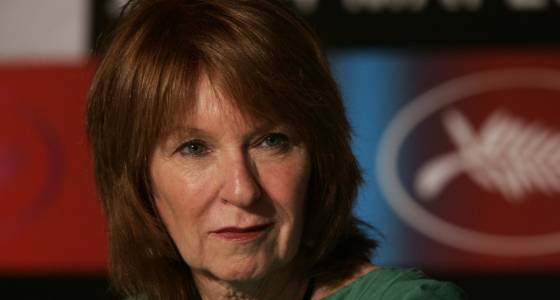 It was an Oscar night with two endings: the first one and the right one.

The 89th addition of the Academy Awards will be remembered as the show that nearly gave away the top prize to the wrong film.

It happened when presenters Warren Beatty and with Faye Dunaway — there to mark the 50th anniversary of gangster romance with the rat-a-tat finale, Bonnie and Clyde — announced La La Land had won best picture.

Not so fast, it turns out an error had been made —the wrong name with the wrong award was in the envelope or something like that — and it was low-budget independent film Moonlight that got its moment to bask in the limelight.

“Guys, this is very unfortunate what happened. Personally, I blame Steve Harvey for this,” Oscar host Jimmy Kimmel ad-libbed, referring to the game show/talk show host’s notorious flub in December 2015 when he named the wrong winner of the Miss Universe pageant. (He got it right four minutes later, earning a place in entertainment infamy.)

Other flubs of the night

The other mess-up — albeit less spectacular — came during the memoriam to departed film industry types when a picture of Jan Chapman was used in the place of Janet Patterson, a four-time Oscar nominee in costume design. Chapman was a regular collaborator with Patterson, who eschewed the spotlight all her life.

“I had urged her (Patterson’s) agency to check any photograph which might be used and understand that they were told that the Academy had it covered. Janet was a great beauty and four-time Oscar nominee and it is very disappointing that the error was not picked up,” Chapman said in an email to Variety.

Another flub happened but on the red carpet before the show when commentator Jess Cagle, editorial director of People and Entertainment Weekly, talked about the impressive number of black actors and films nominated.

The evening also featured host Kimmel continuing his long-standing (and merciless) ribbing of actor Matt Damon, remarking that when the two had first met a decade ago, Kimmel was “the fat one.”

Kimmel also mocked Damon, a producer on Manchester by the Sea, was ceding the lead role to Casey Affleck (who ended up winning best actor), to play the lead in a “Chinese ponytail movie” which fared poorly at the box office when it opened in North America.

Damon came close to exacting a measure of revenge when Kimmel stumbled as he walked by Damon’s aisle seat. Damon had a devious look on his face but hey, he’s an actor, right?

A second “feud” was hinted at when Justin Timberlake, who opened the show with “Can’t Stop the Feeling” from the movie, Trolls, which was competing for best song (but didn’t win.)

When Kimmel missed a microphone tossed at him by Timberlake, the camera caught a stern glare from the singer.

It was also not the most auspicious night for two losers.

Nicole Kidman, nominated for best supporting actress for her role in Lion, has been an object of derision on social media for her, ahem, unusual manner of applauding — fingers arched, palms touching.

Denzel Washington, up for best actor for his role in Fences, looked noticeably sour when the award went to Casey Affleck. It was particularly ungracious since Washington already has two statuettes, one for best supporting actor for Glory (1989) and for best actor in Training Day (2001).

It was a blue ribbon night for a number of celebrities, including best actress nominee Ruth Negga (Loving), best director nominee Barry Jenkins (Moonlight), Hamilton playwright/actor Lin-Manuel Miranda among others.

The ribbons are part of a new campaign by the American Civil Liberties Union (ACLU), which has led the lawsuit against the Trump administration for its travel ban on residents from Muslim-majority nations.