Nobody cares about any recent Best Picture Oscar winners

The film that walks away with the Best Picture statue at Sunday’s Academy Awards will earn a place forever in the history books — but perhaps not on viewers’ screens.The cream of the crop of Hollywood’s golden age gained immortality. They are rerun... 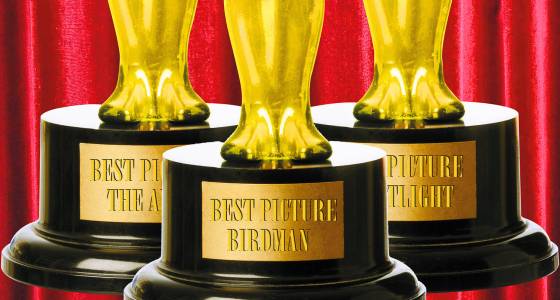 The film that walks away with the Best Picture statue at Sunday’s Academy Awards will earn a place forever in the history books — but perhaps not on viewers’ screens.

The cream of the crop of Hollywood’s golden age gained immortality. They are rerun and ritually rewatched endlessly, and remain regular pop-culture presences. But nowadays it seems like the Best Picture winner shines for one week in February and then — much like former Knick Jeremy Lin — is mostly forgotten.

It’s pretty clear that recent Best Picture winners probably won’t have the cultural longevity of past honorees, such as 1942’s “Casablanca,” 1939’s “Gone With the Wind” and 1965’s “The Sound of Music.”

There’s no doubt that an Academy Award nomination and win can boost a film’s earning potential. A 2014 analysis by market research firm IBISWorld found that a Best Picture trophy can be worth an additional $13.8 million in box-office sales post-ceremony.

But after that? Many of these films don’t seem to be making a long-term dent in our cultural consciousness.

The HBO premiere of 2015 Best Picture winner “Birdman (Or the Unexpected Virtue of Ignorance),” for example, averaged just 681,000 viewers (including those watching later on DVR), according to Nielsen. There are more people on your morning 7 train.

“Spotlight” sold 35,626 Blu-ray copies in its first week of release, according to film data website The Numbers. By comparison, “Star Wars: The Force Awakens” sold 3.4 million.

So what’s going on? Are modern movies inferior to the classics?

“There’s a lot of great stuff,” he says. “‘Argo’ was a phenomenal movie. ‘Slumdog Millionaire,’ ‘Spotlight’ — these are quality movies.”

The more likely answer is that the industry and consumer viewing habits have changed.

“If you look at what won Best Picture, until the 1980s, most of the films were big pictures made by big studios,” says Jan-Christopher Horak, director of the UCLA Film & Television Archive. “In the olden days, popularity and how successful a film was — how much money it made and those kind of criteria — also played a role [in winning]. Today, the voters are looking for real quality.”

The last few decades have also seen the rise of independent film. Those movies are great for raking in awards, but they simply have a smaller cultural footprint due to limited distribution — and less of the characters, explosions and action that characterize mainstream releases.

“The movie industry has changed and most of the studios’ resources go to these big action films,” Mankiewicz says. “I got news for you: ‘Batman v Superman: Dawn of Justice’ could not have blown more, but more people are going to see that than ‘Moonlight.’”

‘I got news for you: “Batman v Superman: Dawn of Justice” could not have blown more, but more people are going to see that than “Moonlight.”’

Arty dramas also may not be what most viewers choose to rewatch on a rainy Saturday afternoon. The kinds of movies people want to own (meaning, presumably, the ones they deem worth rewatching) simply aren’t typical Best Picture fare. They tend to be heavier on the dinosaurs and minions, and lighter on the corsets and English accents.

“If you look at the ones that are less big-selling, it’s things like ‘The Descendants,’ ‘Boyhood’ and ‘Whiplash.’ Those straightforward dramatic films tend to fall off the radar.”

Many modern releases also suffer from increased competition — not just at the box office but from television, video games, the internet, streaming services and all the other places that vie for our eyeballs. Movies no longer occupy the vaunted place in pop culture that they once did.

“In the ’30, ’40s and ’50s, before TV took off, film was a mass medium like you can’t imagine today,” Horak says. “Millions were going to the movies every day. People went once or twice a week. Nowadays, films have a shorter shelf life than they used to. The cultural memory is just shorter.”

Plus, it’s hard for any modern film to compete with a classic in the hearts and minds of most viewers. Golden-age flicks, such as “All About Eve” and “Lawrence of Arabia,” have on their side a force more powerful than even a Hollywood publicist: nostalgia.

“There’s probably something to the psychology of having been alive for ‘Slumdog Millionaire.’ You don’t have to revisit it,” Mankiewicz says.

So perhaps in 70 years, a new crop of viewers will wistfully watch “Shakespeare in Love” and ask their wise grandparents about their childhood, the olden days and whether the star is that chick from Goop.