Gamers are wondering whether the Nintendo Switch, due for release Friday, will offer a Wii-like resurrection in the console market for the company or be another pit stop to irrelevance like the Wii U. After almost a week of playing with it, I can say it’s... 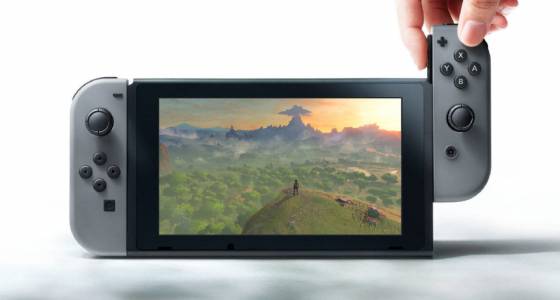 Gamers are wondering whether the Nintendo Switch, due for release Friday, will offer a Wii-like resurrection in the console market for the company or be another pit stop to irrelevance like the Wii U.

After almost a week of playing with it, I can say it’s an intriguing device that has one incredibly good thing going for it, but there is still much that needs to be fleshed out.

For the past two console generations, Nintendo has gone its own route, de-emphasizing computer horsepower and graphics compared to competitors Sony and Microsoft, and offering different control schemes, like Wii’s motion controls and Wii U’s tablet-like controller. The Switch’s gimmick is that it’s a truly portable home console with all of its guts housed in a tablet that sits in a docking station that connects to the TV.

This review looks strictly at the hardware, in part because that is what Nintendo’s embargo mandates but also because, at press time, reviewers were still waiting for a Day 1 software update that will enable many of the device’s features, including how friends connect on the system, how multiplayer works and the e-shop, Nintendo’s online game store. The first two are things Nintendo has never been good at.

It is frustrating, and looking comparatively at console launches I’ve covered over the past 15 years, never have I had so little to go on this close to a launch. Considering that many big gaming launches have encountered problems, including connecting and update issues, that does not bode well for a smooth start.

All that said, Nintendo has an intriguing device in the Switch, which mostly casts aside the cheap, plastic esthetic the company is known for. Instead, the 720p tablet is bright and looks good, and it ups the resolution to 1080p on the TV. The docking station — still plastic and cheap feeling — has slots to attach the plug and HDMI adapter, and the screen seamlessly slips in and out. The tablet also has a small kickstand to hold it up when playing on the go. It is impressively responsive as games move from the small to big screen.

The most polarizing thing will be the new Joy-Con controllers. These two tiny devices can be used in a number of ways, attaching to the side of the tablet, sliding into a more traditional hub controller or separately. In true portable mode, they slide into place beside the tablet. If you are playing on the TV, the included controller they slide into works OK, but my hands cramped after long playing sessions. The Pro Controller accessory is much more comfortable and a likely must-buy for any hardcore gamer.

Used separately for two-player games, the controllers work OK, although they are too tiny for my liking, but as I am teaching my kid to play more games, they are good for her small, 5-year-old hands.

On first impression, everything feels small. But in hand-held mode, where the 6.2-inch tablet dwarfs others like the DS or PS Vita, it doesn’t feel too large, and it’s fairly comfortable in hand-held and tablet mode. The deal breaker here is portable battery life, which for big games like The Legend of Zelda: Breath of the Wild tops out at three to four hours.

Nintendo likes to have a big, game-changing ideas with all of its consoles, and it is trying two here. The first one is to have a seamless, truly portable gaming experience. I’ve played the new Zelda home, on the bus and work with all three controller configurations and despite the battery life, that is this console’s home run. The other being pushed forward is 1-2 Switch, a collection of minigames that wants players to look at each other and not the screen. While some of the minigames are fun, that idea is a failure to me, because you still have to look at the screen for cues.

Strictly as hardware, the Switch is an interesting hybrid console that mixes ideas from the last two generations of Nintendo consoles and improves on them. In that regard, it’s off to a good start.

In terms of the bad, the Switch starts at $399, comes with no games — most retail from $65 to $80 — and you will likely need another set of controllers or the Pro accessory (another $80 to $100). That makes this an expensive machine that costs more than the PS4 and Xbox One.

The best thing about this console is the new Zelda game. I am nowhere near finished, but so far it’s amazing. The company has said it will have a robust lineup of games, but a lack of steady releases for the Wii U was one reason that console never got momentum.

No console is worth buying for one game, but at launch the Switch can best be recommended as a Zelda playing machine. Whether it becomes something more than that remains to be seen.