New 'basic economy' airfares target the cheapest of the cheapskates

The big airlines have jumped into the "basic economy" market, competing with the super-cheap airlines that cater to the most frugal passengers.Within hours of each other, American and United announced that they had begun selling basic economy fares that... 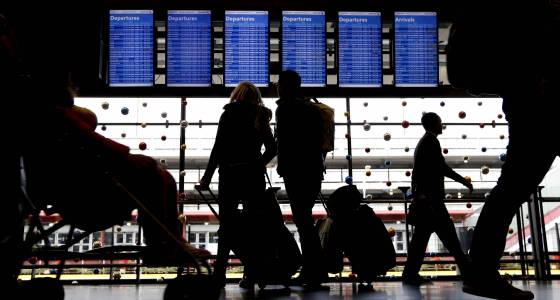 The big airlines have jumped into the "basic economy" market, competing with the super-cheap airlines that cater to the most frugal passengers.

Within hours of each other, American and United announced that they had begun selling basic economy fares that push down the price of a ticket. The lower price can come with caveats, however, including having to pay extra for space in the overhead bin, boarding last and not having the option to pre-select seats when booking the tickets.

Analysts said the big airlines are going after the low-priced market more aggressively after watching the upstarts become so successful.

"The Spirits and Frontiers have gotten so much bigger," said Kris Kelley, an analyst at Janus Capital Group. "Now they are formidable competition that the big three carriers (American, United Continental, Delta) have to somehow deal with in their markets."

Low-priced Spirit, Allegiant and Frontier airlines have corralled a big chunk of the low-cost travelers by emphasizing prices that historically are less than what the cheapest major airlines can offer. The low-cost competitors have thrived by reducing frills to a minimum, packing in more seats, reducing time at the gate and keeping the planes in the air longer than their larger counterparts.

"American, United and Delta now realize there's a big percentage of the population that just wants to get there cheaply and safely, and they are no longer willing to watch all that business go to airlines like Spirit," said Seth Kaplan, editor of Airline Weekly, which follows the industry.

American and United are following Delta, which had previously said it would enter the basic economy game.

American announced early Tuesday that super-cheap fares would begin on 10 routes from its hub airports in Dallas, Miami, Philadelphia and Charlotte, according to The Associated Press. United is selling reduced fares on certain flights from Minneapolis to seven hub cities, including New York, Chicago and Los Angeles, starting in April.

Lower fuel costs are part of the reason. Cheaper fuel has allowed the major carriers to reduce some fares to the level of the economy airlines with enough of a margin to still make money.

"Spirit has always sold price. They led with price," Kaplan said. "But airlines like American smell blood. If American can say to people, you can get the Spirit fare on American and still get certain extras, that puts even more pressure on Spirit."

"It's like putting a virtual curtain in front of the last few rows," Kaplan said. "It's not too desirable, but if you just want to see Grandma as inexpensively as possible, then we have a fare for that."

The Associated Press reports that two random early-March itineraries for American flights between Dallas and Baltimore priced economy tickets on American's website at $249 and $309. The basic economy fares for those flights were $209 and $269.

Airline consultant Robert Mann said technology advances in recent years have allowed the big airlines to go after the low-cost market. The big airlines had previously stayed away from such ultra-low pricing because of the fear that it would cannibalize its higher fares. The airlines set up such fare rules as mandating Saturday night stays to discourage customers from picking the cheapest seats.

"What changed? Technology," Mann said. "There was a breakthrough. The big airlines developed a method of structuring a separate, lower-fare family."

Mann said the airlines also figured out how to roll out the new pricing so customers understand it and the limitations.

"In the case of American and United, they will not allow you to use the overhead bin," he said. "That's one way which they have further fenced off customers from diluting their customer base."

The airline industry, with the exception of longtime Wall Street darling Southwest Airlines, has cruised into an investor renaissance after years of being in the dregs. Southwest, once a low-cost upstart, is now considered one of the four major U.S. airlines, along with American, United Continental and Delta.

Billionaire investor Warren Buffett, who famously bemoaned his one-time investment in US Airways, calling it one of the biggest mistakes of his career, is getting in on the act with investments in all four. For years, Buffett avoided airline investments, saying that their relentless competition and massive capital investment requirements violated some of his basic tenets of investing.

Buffett called the airline industry "a death trap for investors" at his Berkshire Hathaway annual meeting in 2013.

He told London's the Telegraph in a 2002 interview: "If a capitalist had been present at Kitty Hawk back in the early 1900s, he should have shot Orville Wright. He would have saved his progeny money."