National parks saw a record-setting number of visitors last year. Were they too much of a good thing? 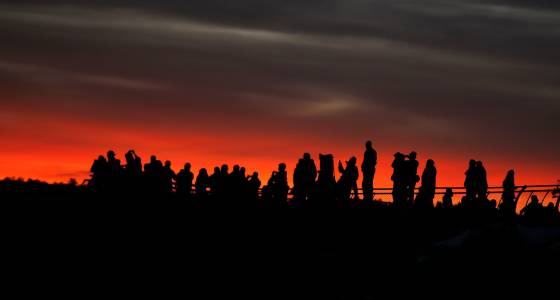 Death Valley, Joshua Tree, Sequoia and Yosemite national parks all set attendance records in 2016 — as did the park system nationwide, recording more than 330 million visits during its centennial year.

A new tally shows 330.97 million recreational visits to national parks last year, a 7.72% increase from the year before.

The Find Your Park marketing campaign, designed around the 100th anniversary of the NPS’ creation, built on a five-year upswing in visitation nationwide, said Jeffrey Olson, a National Park Service spokesman.

In Yosemite, which has been counting visitors since 1906, rangers tallied 5.03 million last year. That broke the previous record of 4.15 million visitors in 2015.

Though the surge in visits spells good news for those eager to bring parks to a wider audience, the numbers also indicate uncomfortably large crowds at the most popular parks.

The park system includes more than 400 units, but for many years, Olson said, the 25 or 26 busiest parks (including Yosemite) have accounted for half of all national park visits.

In many of those parks, crowded trails, jammed parking lots and backed-up up traffic have been reported, especially in summer months.

The Grand Canyon drew 5.97 million visitors, its highest attendance in 97 years of record-keeping.

In other California national parks:

At Golden Gate National Recreation Area, which includes parts of San Francisco, Marin and San Mateo counties, rangers counted 15,638,777 visitors. That’s the recreation area’s biggest total since the 1980s (when every year was more than 16 million).