7 Months Ago6 Months Ago8 Months AgoMigos, above, are "the Beatles of this generation," Donald Glover said at this year's Golden Globes, and of their No. 1 hit Bad and Boujee, he added: "There's no better song to have sex to." I don't... 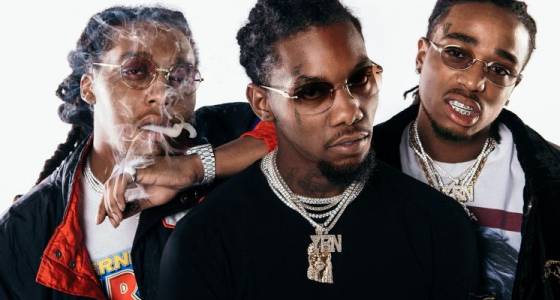 Migos, above, are "the Beatles of this generation," Donald Glover said at this year's Golden Globes, and of their No. 1 hit Bad and Boujee, he added: "There's no better song to have sex to." I don't know about all that, but with a No. 1 single and album (Culture) in 2017, there's no more of-the-moment outfit in hip-hop than Migos, who headline this year's Wild Splash festival. Quavo, Offset and Takeoff are everywhere right now, on television (Glover gave them a cameo in Atlanta), on the radio (seven songs hit Billboard's Hot 100 in February) and in headlines (and not always for positive reasons; they've drawn fire for negative comments on fellow ATL'er iLoveMakonnen's sexuality and a reported brawl with Sean Kingston). Joining them at Wild Splash on Saturday at Coachman Park in Clearwater are R&B heartthrob Trey Songz, South Florida phenom Kodak Black and All the Way Up smash-maker Fat Joe; along with Russ, Aminé and MadeinTYO. It's sold out online and at the gate, though limited tickets will be available at select drop locations through Friday. Wild Splash begins at 1:30 p.m. See wild941.com/ws2017.

If you can't make it inside, check out one of the pre- or post-parties. Migos lend their name to an after-party at AJA Channelside in Tampa starting at 10 p.m.; $30 and up via eventbrite.com. Trey Songz will appear at a party at 10 p.m. at Whiskey North in Tampa; $40 and up via eventbrite.com. And Wild's official pre- and post-parties are at Club Skye in Ybor City, with Russ on Friday and MadeinTYO on Saturday. skyetampa.com.

Does Tampa Bay have another hit festival on its hands? Reggae Rise Up, which launched in 2014 in Tampa before finding its footing at St. Petersburg's Vinoy Park last year, has expanded to two days in 2017, with enough reggae, reggae-rock and reggae-adjacent bands to last all weekend. Organized by the same folks who run Jannus Live's popular Rise Up Sunday Sessions, this year's affair brings names like Slightly Stoopid, Iration, the Hip Abduction, Protoje and Fortunate Youth on Saturday; and Dirty Heads, Steel Pulse, the Green and Passafire on Sunday. There are more than two dozen bands in all. $55 and up per day, $85 and up for the weekend. It starts at noon both days. reggaeriseupflorida.com.

Before you ask: No, Lady Gaga isn't touring this spring with Tony Bennett. Seems like they're joined at the hip these days, but no, at the ripe young age of 90 — 90! — Anthony Dominick Benedetto is hitting the road solo. Frankly, he's out there even more than Gaga, giving fans opportunity after opportunity to scratch him off their concert bucket list. Few and far between are the artists with the verve, panache and stamina to keep going even as they stare down triple digits, but that's Bennett — oft imitated, never replicated, always appreciated. No wonder Lady Gaga won't leave his side. Step out with your baby to catch Bennett at 7:30 p.m. Thursday at the Mahaffey Theater, 400 First St. S, St. Petersburg. $68 and up. (727) 893-7832. themahaffey.com.

Beyoncé came to slay on her 2016 single Formation. But the performer who actually roared the words "I came to slay, b----!" in the zeitgeisty video for that song was Big Freedia, the New Orleans bounce emcee renowned for her high-energy performances, twerk-offs and Fuse reality show Big Freedia: Queen of Bounce. Freedia has become an icon not just of New Orleans hip-hop, but of all-around gender-bending flyness. The bass will get low and the booties even lower when Freedia performs at 10 p.m. Friday at Crowbar, 1812 17th St. N, Ybor City. Samurai Shotgun opens. $18 and up. (813) 241-8600. ticketfly.com.

It isn't every day that a Grammy-winning folk hero takes the patio at the tiny New World Brewery, 1313 E Eighth Ave. in Ybor. But it'll happen Saturday when Amy Ray, right, of the Indigo Girls plays an intimate solo (but with a full band) show. Ray and Emily Saliers are splicing some solo shows in between Indigo Girls gigs this spring, giving Ray a chance to showcase her rootsier, country-influenced solo catalog. Geri X opens at 8 p.m. $15 and up. ticketfly.com.

Ray isn't the only noteworthy singer-songwriter at New World this week. There's also Allison Crutchfield, the former singer of Philadelphia garage punks Swearin'. Like her sister, Waxahatchee's Katie Crutchfield, Allison is carving out a name for herself in the world of indie rock, especially with her new debut solo album Tourist in This Town. It's an eclectic mix of dreamy synthwave, jagged punk and gentle indie-folk that's hovering around Metacritic's 10 best albums of 2017. The year is young, but still, Crutchfield's a catch for this intimate venue. Vagabon and Wet Nurse open at 8 p.m. Wednesday. $9 and up. ticketfly.com. 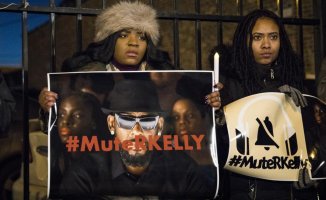