Michael Jackson's Neverland Ranch back on market for $67M

CaptionCloseLOS OLIVOS, Calif. (AP) — Michael Jackson's Neverland Ranch is back on the market with an asking price of $67 million.The 2,700-acre property near Santa Barbara, California, has been renamed Sycamore Valley Ranch. The listed price represents... 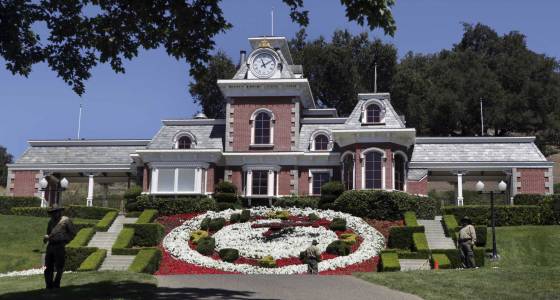 LOS OLIVOS, Calif. (AP) — Michael Jackson's Neverland Ranch is back on the market with an asking price of $67 million.

The 2,700-acre property near Santa Barbara, California, has been renamed Sycamore Valley Ranch. The listed price represents a significant cut from the $100 million it was on the market for last year.

In addition to a 12,000 square foot main residence and a 3,700 square foot pool house, the listing boasts a separate building with a 50-seat movie theater and a dance studio. Other features on the ranch are a "Disney-style" train station, a fire house and a barn.

Jackson sold the ranch to Colony Capital prior to his 2009 death for $22.5 million. Colony Capital is headed by Thomas Barrack, a confidant and fundraiser for President Donald Trump.