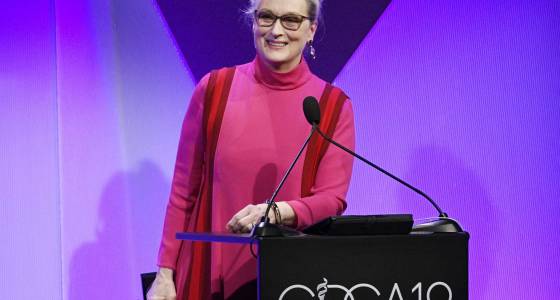 The Academy of Motion Pictures Arts and Sciences on Friday unveiled its final batch of presenters, including Streep. The actress is also a nominee for a record 20th time. She's up for best actress for her performance in "Florence Foster Jenkins."

In her speech at the Golden Globes last month, Streep drew a loud standing ovation for a speech that bluntly criticized Trump. She particularly voiced disgust for his mocking of The New York Times' Serge Kovaleski, a disabled reporter.