Mavis Staples, Ronnie Milsap, and Booker T. Jones are among the versatile musicians in this year's class of The Memphis Music Hall of Fame. 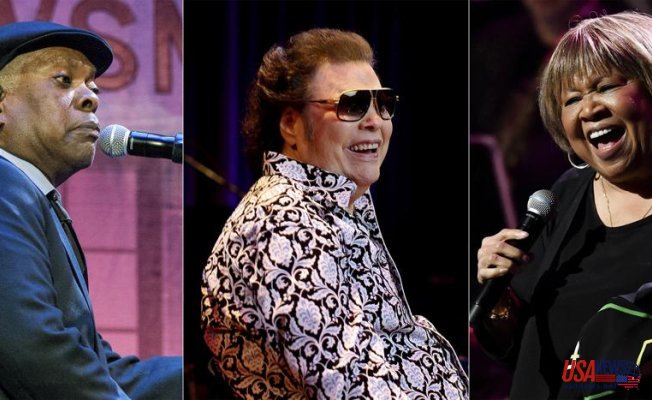 The hall announced the newest members at a ceremony on Tuesday. The hall was established in 2012 and includes musicians with Memphis connections, such as B.B. King, Otis Redding and Carla Thomas are among the members of the hall. Tina Turner, Three 6 Mafia, Elvis Presley, and Tina Turner are also included.

Staples was a member of The Staples Singers in Memphis, and had hits such as "I'll Take You There." She later began a successful solo career. Milsap started out as a session pianist in Memphis, before she became a country music superstar.

Booker T. Jones, before he went solo, was the frontman for the influential bi-racial band Booker T. and the MGs. They were also the house band at Stax and had many instrumental hits including "Green Onions."

Presley's ex-wife, Priscilla Presley was also named to the hall in recognition of her work at Graceland. Fred Ford, a blues- and jazz musician and composer; and J.M. Van Eaton was the drummer for Jerry Lee Lewis, and other musicians; Jim Gaines was the producer and engineer for Miles Davis and Carlos Santana; and Billy Lee Riley, a rockabilly musician.

The Memphis Rock 'n Soul Museum manages the hall, which was created by Smithsonian Institution.