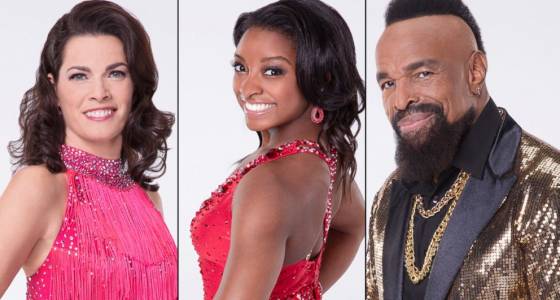 The cast of season 24 of the hit reality Tv show "Dancing with the Stars" was announced reside on "Superior Morning America" today.

This year's lineup of stars features decorated Olympic gymnast Simone Biles, legendary figure skater Nancy Kerrigan, and the "Genuine Housewives of Beverly Hills" star Erika Jayne, amongst other celebrities from music, television and sports, who will all be hitting the dance floor to battle each other for the mirrorball trophy this season.

Biles, who will be dancing with companion Sasha Farber, joins the cast the season following her Olympic teammate, Laurie Hernandez, took home the trophy last season. Hernandez said winning the Mirrorball brought her the "identical joy" as winning her Olympic medals. Val Chmerkovskiy, Hernandez's champion companion final season, is back this year, teaming up with "Fifth Harmony" singer Normani Kordei.

The season 24 premiere is the 400th episode of the hit show, and several fan-favorite dancing partners will also be returning to the show, like Maksim Chmerkovskiy and Peta Murgatroyd, who welcomed their initial youngster together just this year. Veteran dancer Kym Herjavec is also back this season, right after she took a hiatus following her marriage to her former "DWTS" partner Robert Herjavec.

The celebrities and their partners appeared live on "GMA" currently.