Galleries Videos CONTACT ADVERTISE
Famagusta 24°
fog
BUSINESS EDUCATION ENTERTAINMENT HEALTH POLITICS SCIENCE SPORTS TECHNOLOGY
12:08 Guide To Online Sports Betting: How To Choose A Sportsbook
08:28 What Are Some Reasons to Consult a Brain Injury Lawyer?
09:24 Blockchain Solutions for Enterprises: How To Increase Efficiency And Profitability
07:06 How To Deal With A Car Crash In New York
17:43 Tips to keep in mind while choosing the casino site
11:34 Relation Between Employee Theft and Pre-employment Screening Check
04:37 Search your own desired site to play sports for betting
18:00 Top 3 Career Path Options for Business Analysts Preview
15:35 The history of Imen Jane, who is the influencer and the charges on the...
18:48 Sebastian Vettel's Greatest Races
BIST
1121
GOLD
474.590
USD
7.7650
GPB
10.0546
EUR
9.0520
Breaking News
Top 3 Career Path Options for Business Analysts Preview
Close

Lady Gaga’s Super Bowl halftime show just got a sequel.The singer will replace Beyoncé at Coachella, after the pregnant star announced she will not be performing at the festival due to health concerns, Lady Gaga confirmed on Twitter with the message,... 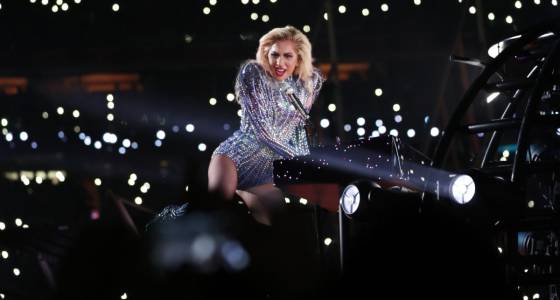 The singer will replace Beyoncé at Coachella, after the pregnant star announced she will not be performing at the festival due to health concerns, Lady Gaga confirmed on Twitter with the message, “Let’s party in the desert!”

Gaga will join the Coachella’s other two headliners, Radiohead and Kendrick Lamar, for the two-weekend festival in Indio, Calif. on April 14-16 and April 21-23.

Instead of performing at Coachella in April, Beyoncé will headline the festival in 2018, she announced in a joint statement with Parkwood Entertainment and the event’s producer Goldenvoice earlier this month.

“Following the advice of her doctors to keep a less rigorous schedule in the coming months, Beyoncé has made the decision to forgo performing at the 2017 Coachella Valley Music & Arts Festival,” the statement said. “However, Goldenvoice and Parkwood are pleased to confirm that she will be a headliner at the 2018 festival. Thank you for understanding.”

Lady Gaga, who will headline Coachella’s Saturday night dates on April 15 and 22, will become the first woman to headline the festival since Bjork in 2007. Radiohead is scheduled to perform on April 14 and 21, and Lamar on April 16 and 23.

Following her Coachella appearance, Gaga’s Joanne World Tour kicks off on Aug. 1 at Rogers Arena in Vancouver, B.C. before traveling to venues across the U.S., including The Forum in Inglewood, Calif., the Verizon Center in Washington and AmericanAirlines Arena in Miami, ending on Dec. 14 in Salt Lake City.