For many centuries, women have been considered inferior to men 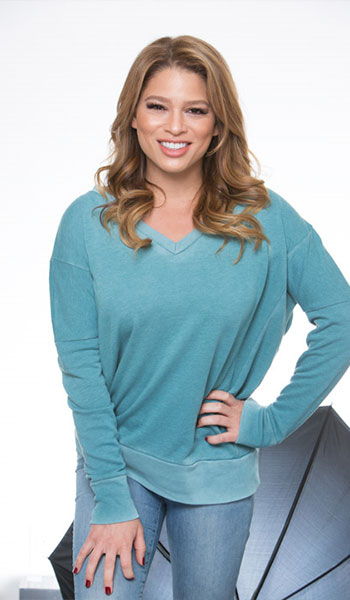 For many centuries, women have been considered inferior to men. Although women of this generation now enjoy more rights they didn’t have before, it is clear that they are still fighting an uphill battle. In the corporate world, for instance, it is not uncommon to hear stories of women not being promoted to a position they rightfully deserve just because of their sex. The political realm is also largely dominated by men. These are the same notions that Kumari Fulbright tries to shatter once and for all.

Growing up in a Tightknit Family

Kumari has been fortunate enough to grow up in a family that is so closely bonded. She shares that her family likes to spend time with each other. She even considers her aunts to be best friends, many of whom she talks with on a daily basis. This is the kind of family that many other people could only dream of, and it’s the reason why Kumari Fulbright has always had a deep compassion for the less fortunate.

When they were young, Kumari’s parents would bring them to homeless shelters and soup kitchens. This was meant to teach them how important it is to care for the needy and serve as a reminder of all the blessings they have in their own lives.

In middle school and high school, Kumari continued serving the community. She couldn’t shrug off the idea of not helping the less fortunate when she knew she could make a difference. She was inducted into the National Honor Society, which recognized students who perform well in school and involve themselves in community activities.

At the University of Michigan, Kumari decided to pursue her dream of getting more people involved in community service. She spearheaded SHARP, which stands for Students Helping and Reaching People. The primary activity of the club was introducing community service to middle school students to remind them of active community participation. Each week, Kumari would organize community projects which mainly involved serving the needy.

She went to graduate school in Tucson. Although it was a different neighborhood, Kumari was keen on involving herself in community service. Teaching others is her passion. She engaged herself in teaching young children in elementary school classrooms. She also worked with young adults, helping them prepare for GED. After entering business school in Tampa, she volunteered her time at Dickinson Elementary School, joining their after-school tutoring program.

With a supportive family always by her side and all the experiences she has with teaching children, Kumari has gradually uncovered a deeper understanding of what family really means. She considered her students as family, letting them know that there’s someone they can lean on times of trouble.

Kumari further explains that although she has a core group of friends, she still relies on her family the most. In fact, her family members are her best friends. They are the reason why she is the woman she is today. Without them, she might not be doing charitable acts right now. Kumari also says that her family is why she doesn’t look for validation from other people. As long as she has the support of her family, she’ll never stop doing the things she believes in.

Experiences in the Business World

With several achievements in school, perhaps it’s no surprise that Kumari is also an achiever in the business world. She founded her first business back in college, an event planning company called Princess Productions. Her business involved renting out nightclubs. It’s interesting to note that during this time, she wasn’t legally allowed to drink yet. This just goes to show how passionate Kumari is when she sets her eyes on something.

It was also through her experience in event planning that she realized how challenging it is for women to achieve what they want while breaking traditional gender roles. Promoting was primarily a man’s job. She shares an experience in which a club owner accepted her money but not without laughingin her face. Being the resilient woman that she is, Kumari went out to prove her doubters wrong.

She eventually became a model, her first stint in the entertainment industry. Kumari has also created a partnership with Aloris Entertainment to develop a couple of television series, which have received interest from Netflix.

As a self-made entrepreneur, Kumari now wants to share her knowledge with other women who want to succeed in business. While working for a public affairs company in Dallas, she helped minority and women-owned businesses secure government contracts. Some of the most notable projects she has had a hands-on include the new Dallas Cowboy Stadium, Dallas Museum of Art, and Dallas Love Field Airport. She’s always ready and willing to help small businesses reach a point in which they can compete for government contracts.

The collective experience of Kumari Fulbright has led to her lifelong dream, to create an organization focused on helping the less fortunate. The Freedom Initiative Project was born out of her passion for educating women on how to take control of their lives, and its message is quickly spreading across the United States. The foundation particularly aims to help women struggling withtransition and dislocation by leveraging donations. These circumstances prove stressful for any woman, but Kumari believes that through education and an effective support group, it’s possible to rise to the occasion.

Kumari keeps herself busy doing awareness campaigns for her organization. Although it’s still young, the Freedom Initiative Project is quickly spreading across the United States. An increasing number of people are joining, and Kumari can’t help but smile every time she sees a woman more confident and independent following their time with them.

It’s fascinating how much Kumari Fulbright has achieved at a young age. But what’s even more amazing is that she shows no signs of slowing down. Many women now look up to her, and Kumari knows she can’t disappoint them. She draws from her roots to remind herself that her life is still about giving and teaching. To keep updated with the latest from Kumari, follow her on Twitter and Facebook.