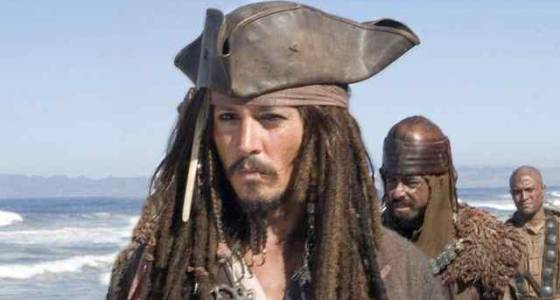 Riders on Disneyland’s Pirates of the Caribbean got a big surprise Wednesday evening.

As they rounded the corner into the town square scene, there was Captain Jack Sparrow right by the water’s edge. Actually, it was the star of the “Pirates of the Caribbean” movies, Johnny Depp, all decked out in costume and makeup, surprising those on the ride.

He stayed in character as people rode by, suggesting in one video that he might have to “abscond” their boat.

Depp was at the park to film a commercial for the upcoming fifth installment in the franchise, “Pirates of the Caribbean: Dead Men Tell No Tales.”