More than 100 jazz bands and combos representing 60 schools from five states participated in the 32nd annual Jazz in the Meadows Jazz Festival Saturday at Rolling Meadows High School.The event is one of the largest and most highly regarded jazz gatherings... 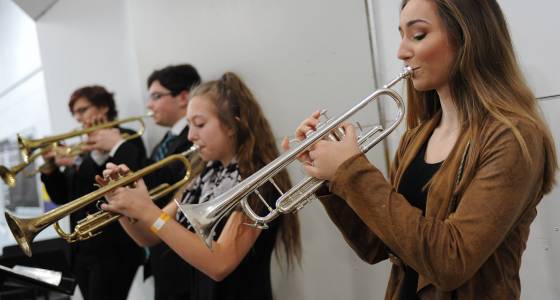 The event is one of the largest and most highly regarded jazz gatherings in the Midwest.

The event included a Noontime Concert featuring The Northern Illinois University Jazz Orchestra and the Grand Finale Concert featuring the highest scoring bands and a performance by guest artist Jeff Coffin and the Mu'tet. Coffin is a member of Dave Matthews Band, a three-time Grammy winner, and 14-year former member of Bela Fleck & the Flecktones.