The Ontario government announced an initiative to reduce hydro fees a few weeks ago. The price of electricity in this province has increased dramatically over the last dozen years. By most accounts, the increase was due largely to the government’s... 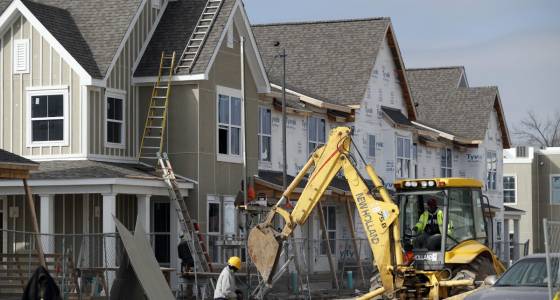 The Ontario government announced an initiative to reduce hydro fees a few weeks ago. The price of electricity in this province has increased dramatically over the last dozen years. By most accounts, the increase was due largely to the government’s policies and the province was facing growing pressure to fix the problem they created. Some consumers reported their rates tripled over the course of a decade.

Like hydro, housing prices in the GTA — and increasingly in the areas around it — have risen significantly over the past decade. And as with electricity, government policy is a major contributor to the increase in prices. Government policies have both directly and indirectly impacted the supply of housing in the region. We are not building enough housing to support our growing population or consumer demand and as a result the price of housing has skyrocketed.

A couple of recent studies have brought to light how serious our housing challenges are. According to the 13th Annual Demographia Housing Affordability Survey, Toronto has the distinction of being the world’s 13th least-affordable housing market. We came in just behind London, England.

Meanwhile, Canada Mortgage and Housing Corporation released a report a few weeks ago that flagged how GTA price increases are spreading to the outer reaches of the Greater Golden Horseshoe. CMHC has been tracking the uptick for years in Hamilton, Barrie and Guelph as more and more buyers are forced outside the GTA.

We all know how hard and expensive it has become to buy a home in the GTA. Despite unprecedented prices, fewer people are listing their homes and there are far more people looking to buy homes than there are homes for sale.

I hear stories from our members about would-be home buyers sleeping in their cars so that they can be at the front of the line when the sales office opens. One member told me how a thousand buyers come to a product launch where fewer than a dozen homes were on offer. The townhouse development in York Region sold out in an hour.

Some builders are forgoing traditional sales launches all together because they have hundreds of potential buyers registered for every home in the development and they don’t want to disappoint buyers they can’t accommodate.

We are the land development and homebuilding industry, so why don’t we just launch more projects and build more homes? Unfortunately there are many barriers, most of which government could help resolve. Some of the solutions, such as fixing the approvals process by reducing excessive red tape and modernizing local zoning bylaws so that they align with provincial intensification policy, could be achieved without additional costs.

The time has come to acknowledge that we have a housing problem in the GTA. It is time for government to recognize that we can all work together on solutions giving home buyers — now and in future — places to live and access to homes they can afford.

Bryan Tuckey is president and CEO of the Building Industry and Land Development Association (BILD) and is a land-use planner who has worked for municipal, regional and provincial governments. Find him at twitter.com/bildgta , facebook.com/bildgta and bildblogs.ca.

Bryan Tuckey is president and CEO of the Building Industry and Land Development Association (BILD) and is a land-use planner who has worked for municipal, regional and provincial governments. Find him at twitter.com/bildgta , facebook.com/bildgta and bildblogs.ca.