Is losing streak in slots a thing or is it a myth?

There are no guarantees in gambling, except for the one that guarantees you’ll lose a lot more than you’ll win 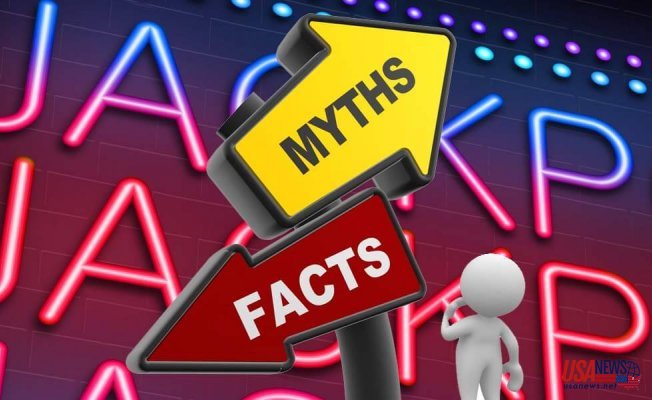 There are no guarantees in gambling, except for the one that guarantees you’ll lose a lot more than you’ll win. That is the only certainty, and everything else is up to chance; that’s the point of playing slots like Eye of Horus pay by phone game in the first place. It’s part of the appeal and it’s why so many people keep playing even if they’ve never won in the past – there is hope that they can win this time.

Technically, losing streaks are real. Or at least, many people are going to lose a lot of times in a row – perhaps every time – and so it can feel like a ‘streak’. The thing is, though, it might seem like a losing streak, but it’s actually all down to luck. Each slot game works on a random number generator (RNG) system, which means it is impossible to predict where the symbols are going to land when the reels stop spinning. The RNG is actively designed to make people lose, simply because there are many times more losing symbol combinations than there are winning ones. The odds are, then, than you will lose, although winning is still a possibility (it has to be otherwise no one would ever play).

So losing ‘streaks’ are programmed in, at least to a point. Yet they aren’t specifically there on purpose. A designer can’t create a game that has a certain number of losses in place before a win. It’s for this reason that chasing losses is a bad idea; that win will come eventually because of the law of probabilities, but it might not come for dozens or even hundreds of spins, and even then the prize might not make up for the money you’ve spent.

Unless you have a limitless amount of cash and you’re a high roller in terms of your casino gambling, you do need to be cautious when playing slots. As mentioned above, it can become all too tempting – and easy – to keep on chasing after that win, especially if you’ve been losing for a while. The idea that you might be ‘due a win’ could be firmly implanted in your mind, so you just keep going.

You’re not due a win, though. The slot doesn’t owe you anything, and it doesn’t care if you’ve been winning or losing. It’s random, and that’s what will keep happening; the reels will turn and stop at a random point, and you might win. You might lose. You’ll probably lose. And that’s it. You can’t trick the machine into giving you money because you’ve been playing for a while, and you can’t assume you’ll win everything back if you just keep going. You’re more likely to run out of money than to win big.

So the losing streak is a thing, even if it’s not technically a ‘streak’ in real terms. The fact is, you will often lose many times in a row, so for the sake of argument, we can call that a losing streak. What can be done about it?

To begin with, if you play games that have a high RTP, you’ll lose less money because you’re more likely to win back at least what you put into the game. You’ll still lose, don’t get us wrong, but you won’t lose as much. Having a budget and a time limit is going to help immensely too, and so will the attitude of understanding you are probably going to lose and just enjoying the game.