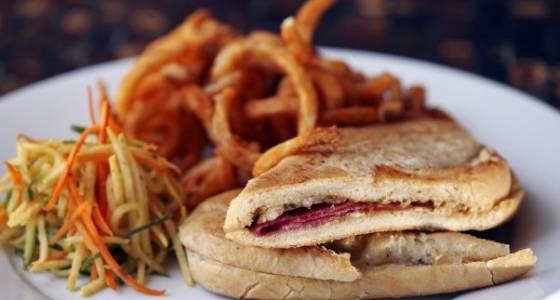 So the good Cuban sandwich and Argentinian-style parade of meats, the parrillada, are still available, as are the multiple variations on a mojito and what's still a nice pisco sour.

The beginning of the end of Hearsay began when chef Diego Fernandez left San Antonio for San Francisco last August. He had been chef and co-owner of Hearsay's predecessor, Starfish. Diego and his father, Rene, owned that restaurant together.

Shortly after the younger Fernandez left, Rene Fernandez decided to keep both restaurants open. He rechristened the seafood-forward Starfish as the small-plates Hearsay. That lasted for a few months, and then landlord disputes at the Azúca space gave the elder Fernandez reason to move his restaurant over late last year.

Azúca is a solid Nuevo Latino place that offers dishes from throughout Latin America and a few from Spain. Highlights on the menu include gambas al ajillo (Spanish garlic shrimp), ropa vieja (Cuban-style shredded beef) and a tropical fruit brulée.