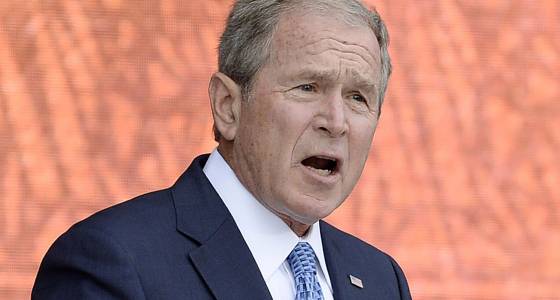 Former President George W. Bush defended the media in an interview on Monday, calling it “indispensable” and essential to keep government officials in check.

“I consider the media to be indispensable to democracy. We needed the media to hold people like me to account,” said Bush in an interview with NBC’s “Today.”

“Power can be very addictive and it can be corrosive, and it’s important for the media to call to account people who abuse their power,” he added.

The comments are in contrast to President Trump, who has made a habit of bashing the media, calling press outlets “enemies of America.”

“It’s kind of hard to tell others to have an independent free press when we’re not willing to have one ourselves,” Bush said.

Bush also said he supported an investigation into the Trump campaign’s ties with Russia.

“Well first of all, I think we all need answers,” Bush said. “I have great faith in Richard Burr, for example, he’s the head of the Senate Intelligence Committee, … and if he were to recommend a special prosecutor, then it’d have a lot more credibility with me.”

“People ask me, ‘Do you miss being president?’ The answer’s not really, but I miss saluting people who volunteer to wear the uniform.”